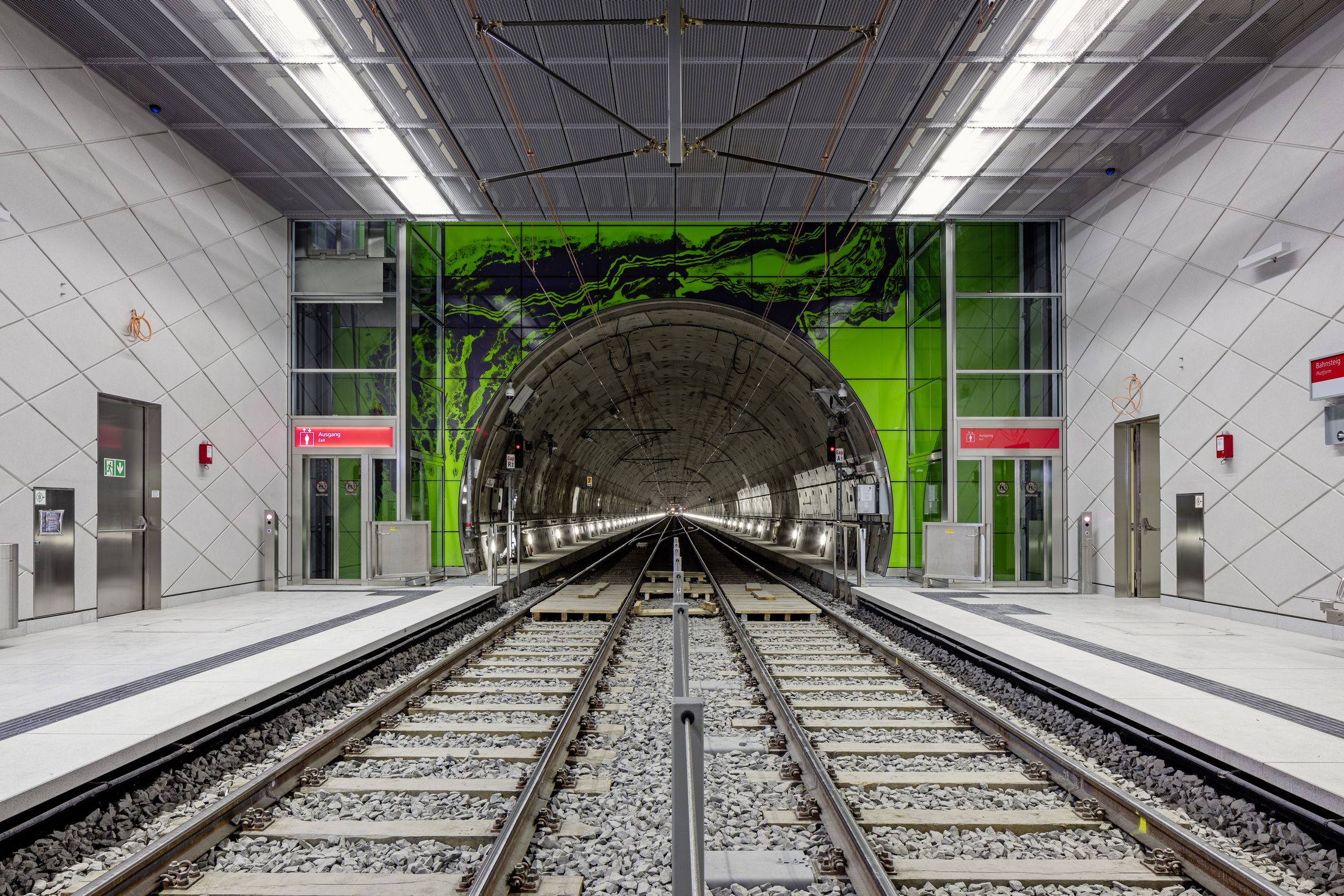 Construction of the Düsseldorf metro started in March 1973. The second major city underpass project, the Wehrhahn Line, not only means relieving traffic in the city centre and improved mobility. It also creates new open spaces for urban design above-ground, such as the Kö-Bogen building project.

The Wehrhahn line with six underground and two above-ground stations was completed by February 2016. It runs over a distance of 3.4 km between the Wehrhahn and Bilk S-Bahn stations, through the shopping streets of Schadowstrasse and "Am Wehrhahn”. It links to the existing underground network via the Heinrich-Heine-Allee junction and passes under the inner-city development between Berliner Allee, Königsallee and the listed Kaufhof on the Kö. After shield tunnelling began in March 2010, over 90% of the tunnel tubes had already been completed after a construction time of two years.

In order to minimise interference above ground during the construction period, all station structures were built using the Milan construction method. Tunnelling in the area affected by groundwater was mainly carried out using shield tunnelling. One exception was the construction of the station under the listed Kaufhof. There, the underground station lies for the most part directly below the foundations of the Art Nouveau department store. In order to avoid any damage caused by vibrations, about 70 m were mined using the protection of a temporary frozen mass.
An international architectural competition was held in 2000 to design the station buildings. The winning office netzwerkarchitekten created the vision of an underground continuum in collaboration with six Düsseldorf artists. This separate parallel underground world is connected to the surface by cone-shaped light slits.

In May 2015, even before completion of the major transport infrastructure project, the Wehrhahn Line was named Building of the Year 2014 by the Düsseldorf Association of Architects and Engineers (AIV). The justification stated that "above all, the undercrossing of the Kaufhof on the Kö presented the engineers with one of the greatest challenges". At the beginning of December 2015, the transport project was also awarded the 2015 STUVA Prize. The jury praised the Wehrhahn Line for its numerous technical innovations, the highly complex inner-city construction project, the forward-looking use of underground space and the collaboration of all those involved in the project.

After more than 15 years of design and construction, the Wehrhahn Line was officially opened on schedule on 20 February 2016. From 2000 onwards, Schüßler-Plan was responsible for the design and construction supervision of this major transport infrastructure project and provided the design planning of the engineering structures and traffic facilities, the structural design as well as the services for site management and construction supervision. In September 2012, Schüßler-Plan was the lead technical manager in the engineering consortium Objektüberwachung in charge of supervising the extension of the station structures on the Wehrhahn line.

Building of the Year 2014, AIV Düsseldorf
STUVA Award 2015
Award for good buildings 2017 of the BDA Düsseldorf
Architecture Award NRW 2018 of the BDA 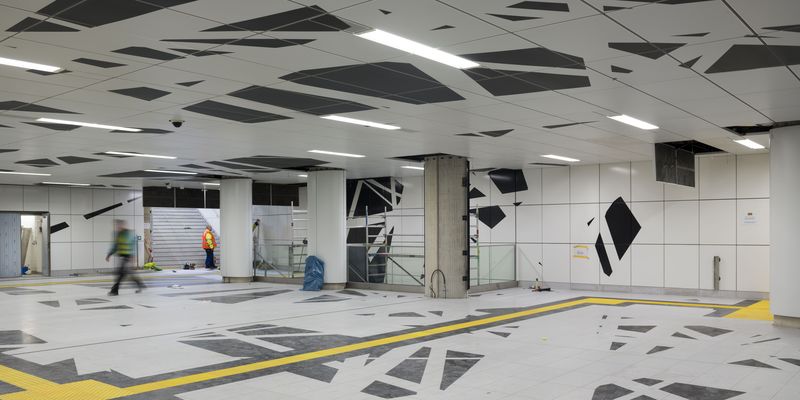