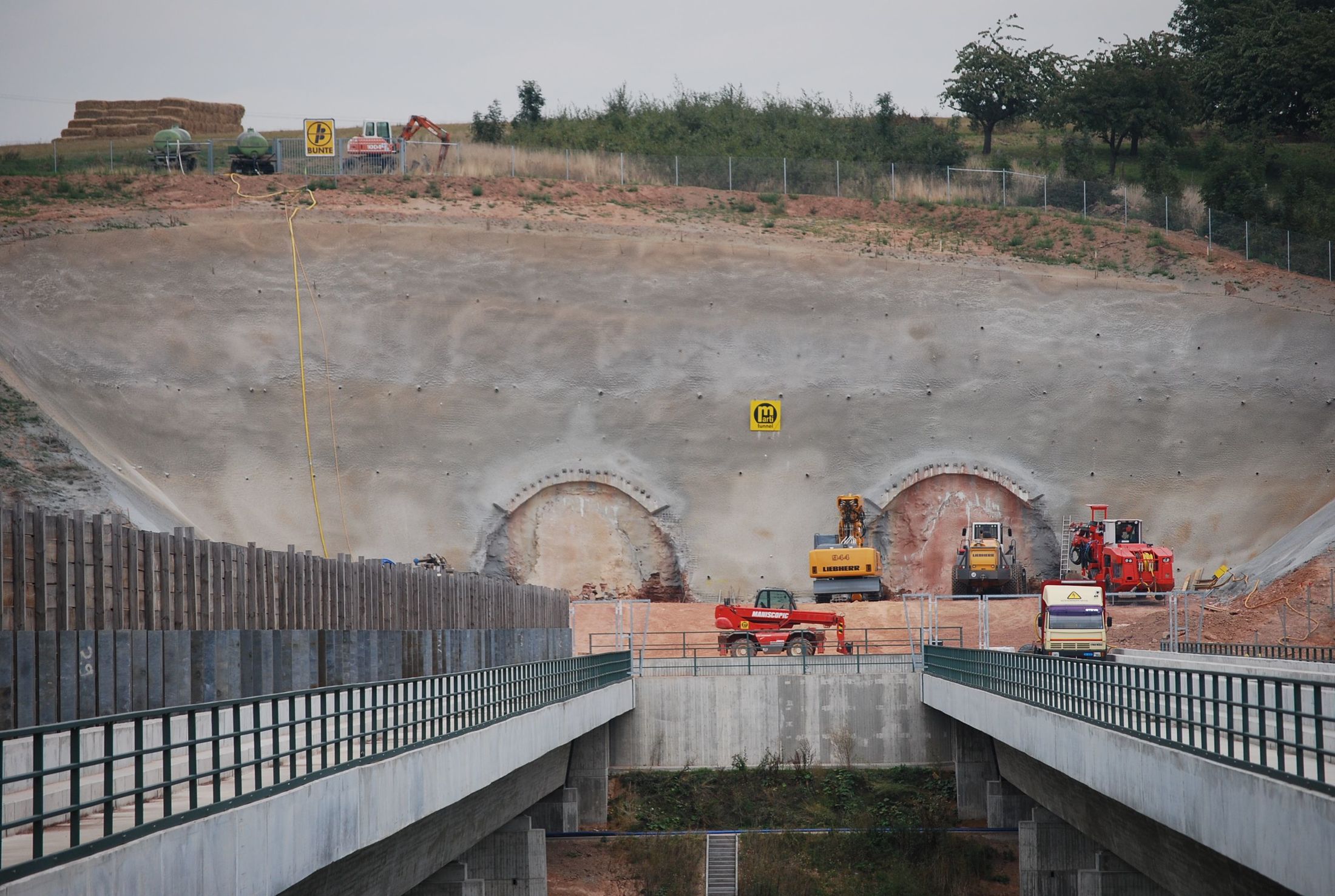 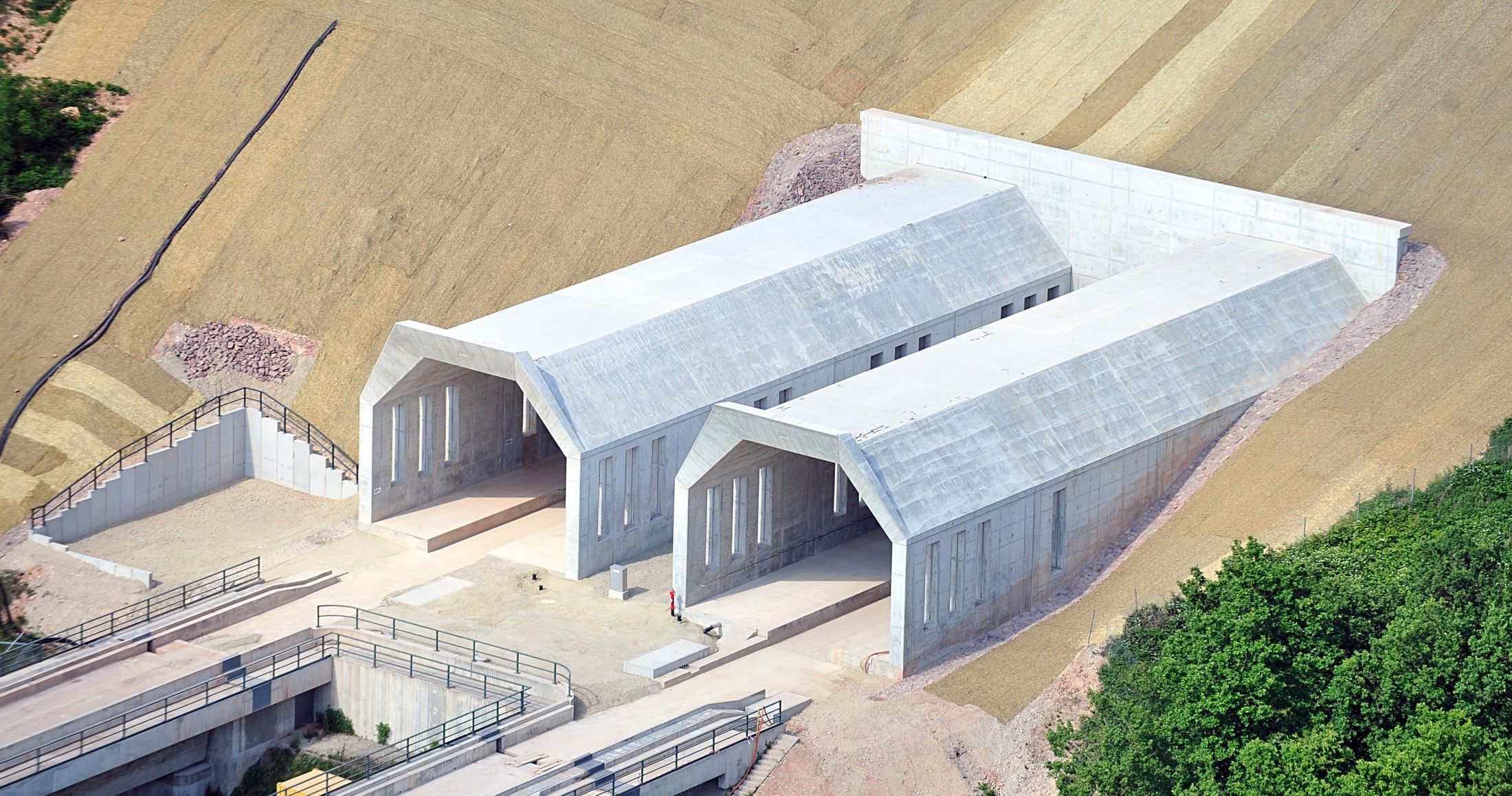 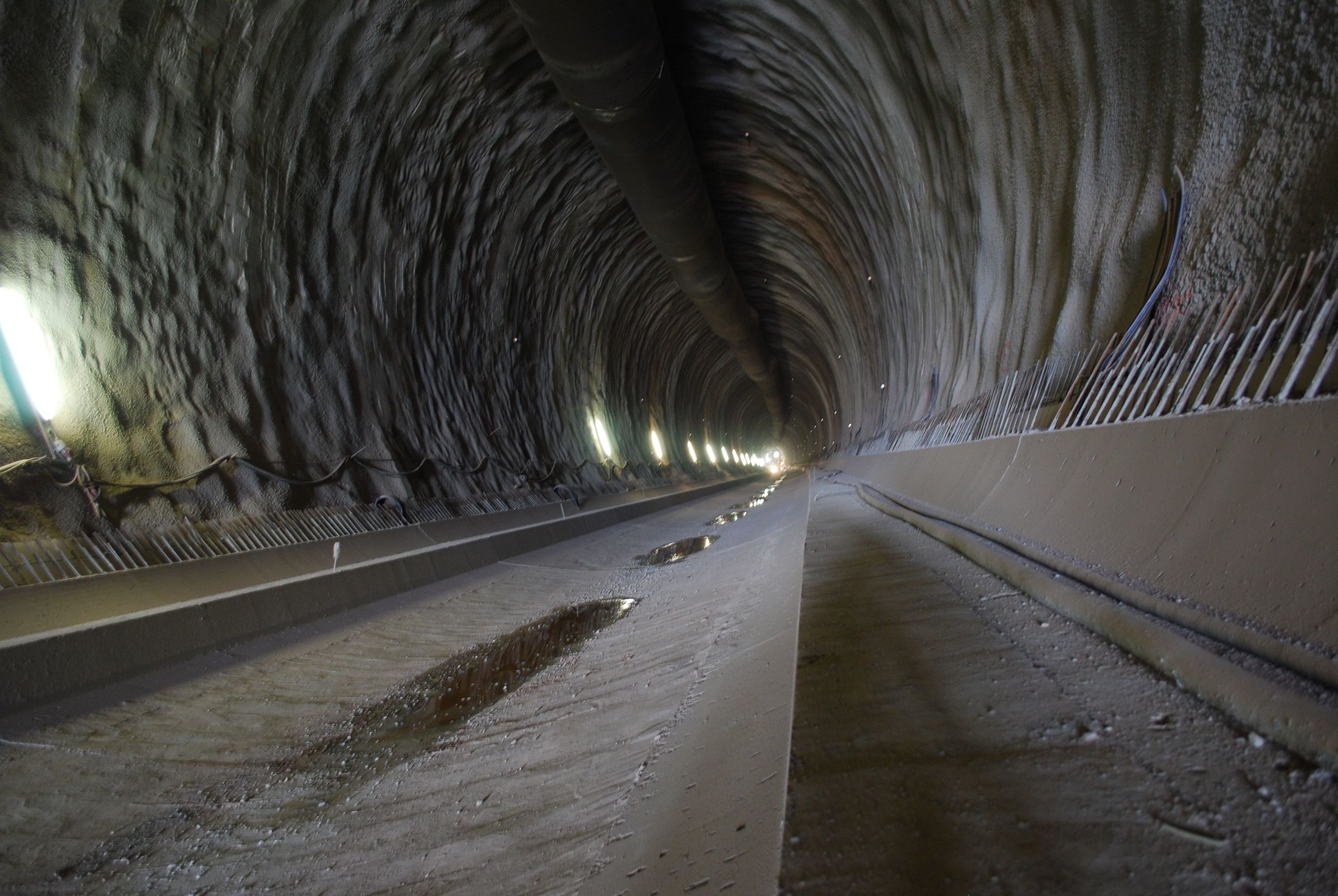 The Bibra tunnel is part of the German Unity Transport Project No. 8, the widening and new construction of the Nuremberg-Erfurt-Leipzig/Halle-Berlin railway line. The new line created an efficient, environmentally friendly rail connection for passengers and goods and reduced the travel time between Munich and Berlin to four hours. The construction of the new Erfurt-Leipzig/Halle railway line relieves the existing line and a travel time of 31 minutes is planned for the Erfurt-Halle section.

The tunnel tubes were built as a double-shell vault construction with an outer shell of shotcrete and an inner shell of in-situ concrete. Excavation was carried out using conventional shotcrete construction methods as used in mining. A careful tunnelling method was required to drive the shallow tunnel which has a maximum overburden of 50 m. The tunnel was not excavated over its full cross-section. Instead, an advance calotte excavation method (upper level) followed by bench and invert excavation (lower level) were used. Near the tunnel portals, so-called sonic-boom structures about 80 m long were erected separately for each tunnel tube using the cut and cover method. 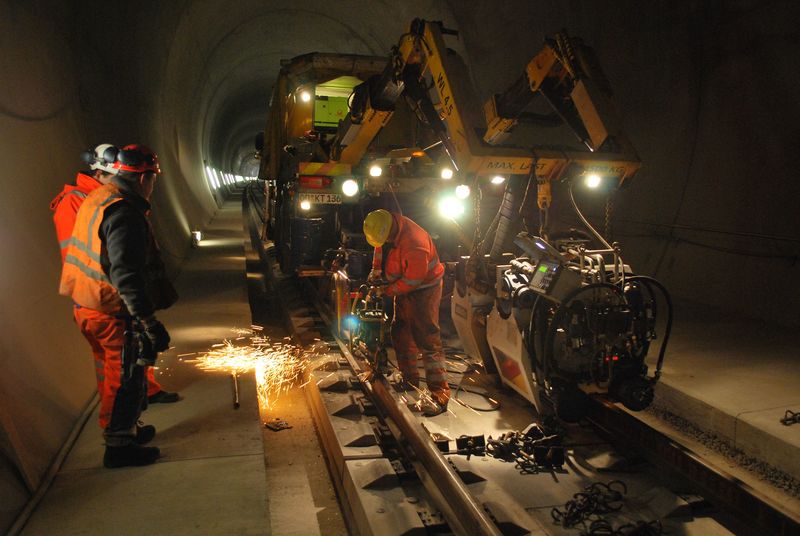 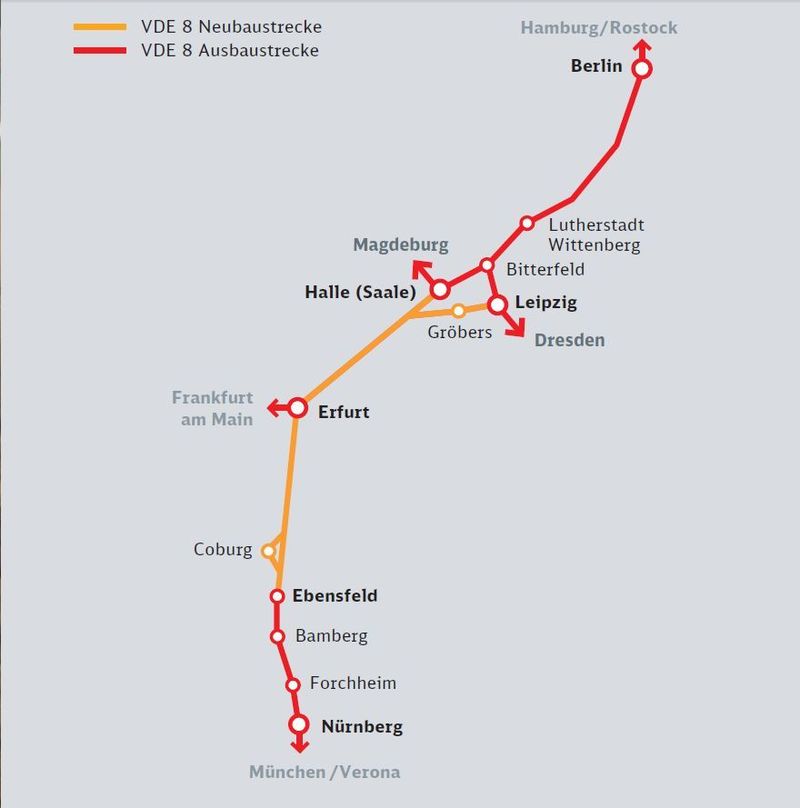 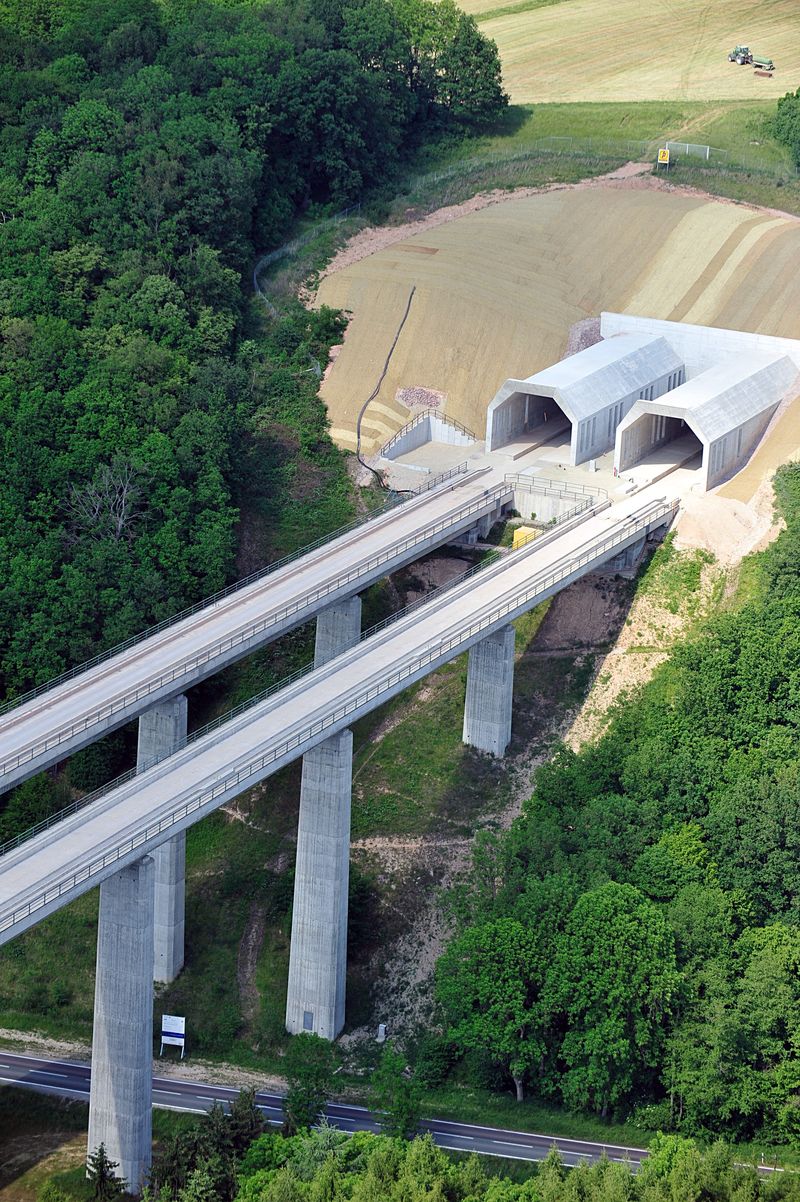 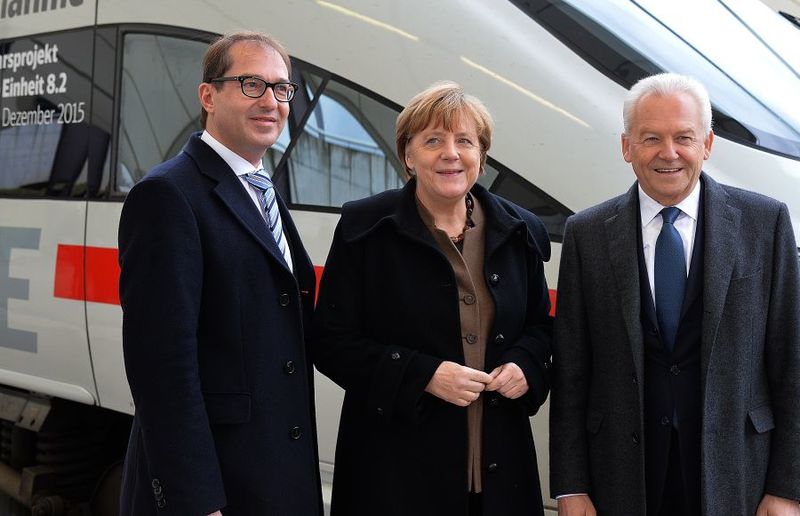