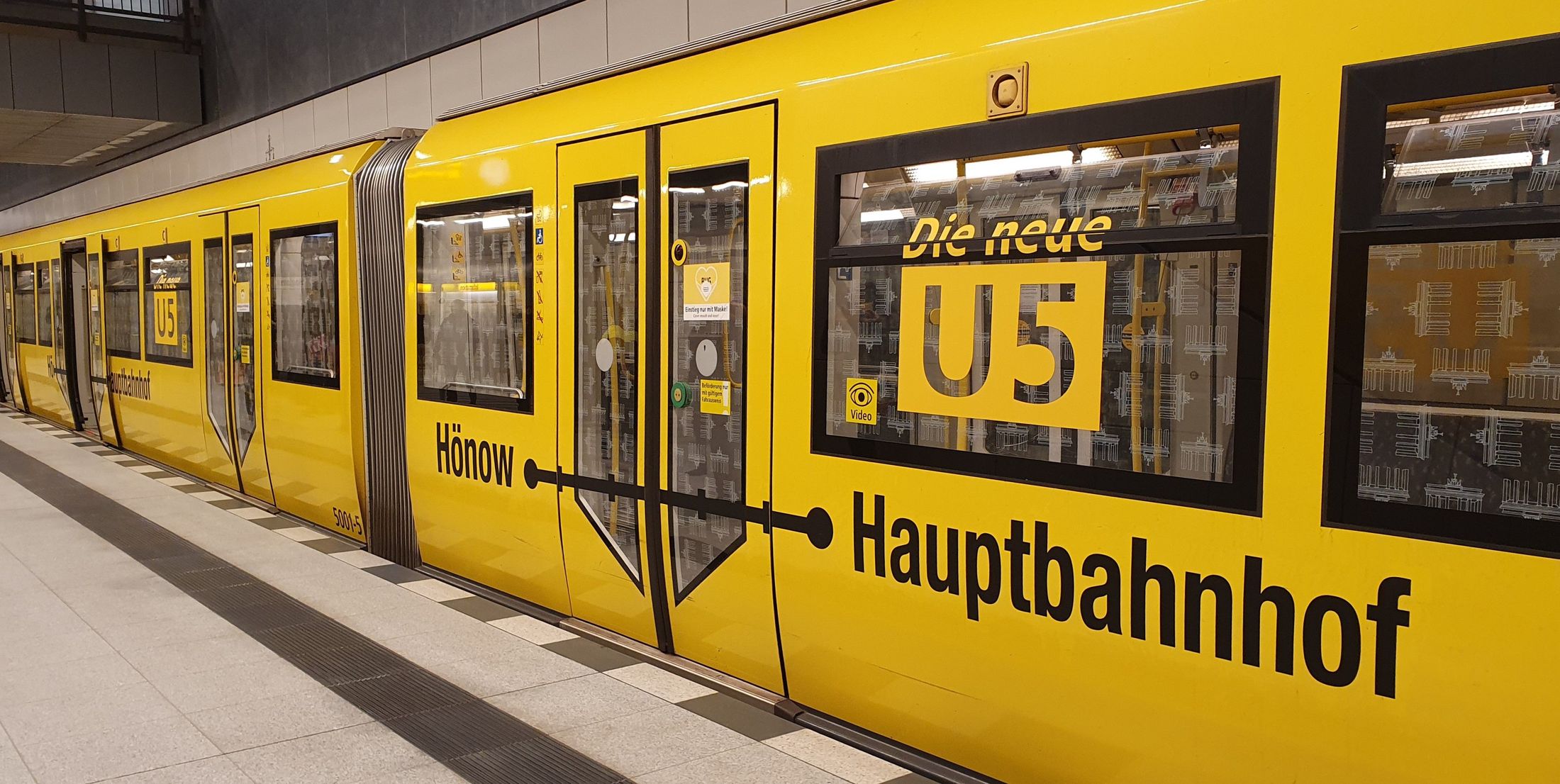 Closing the Gap in Berlin's Centre 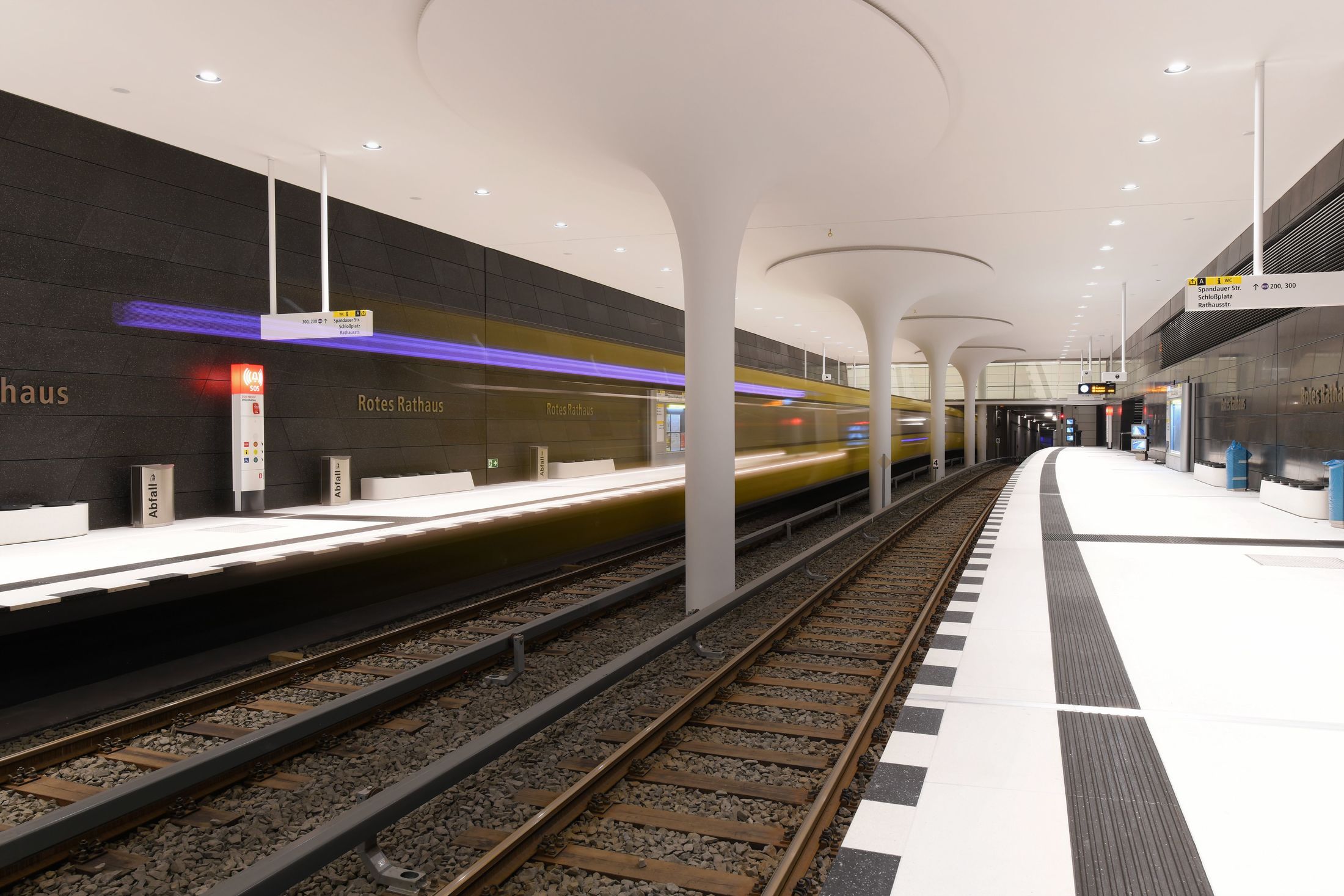 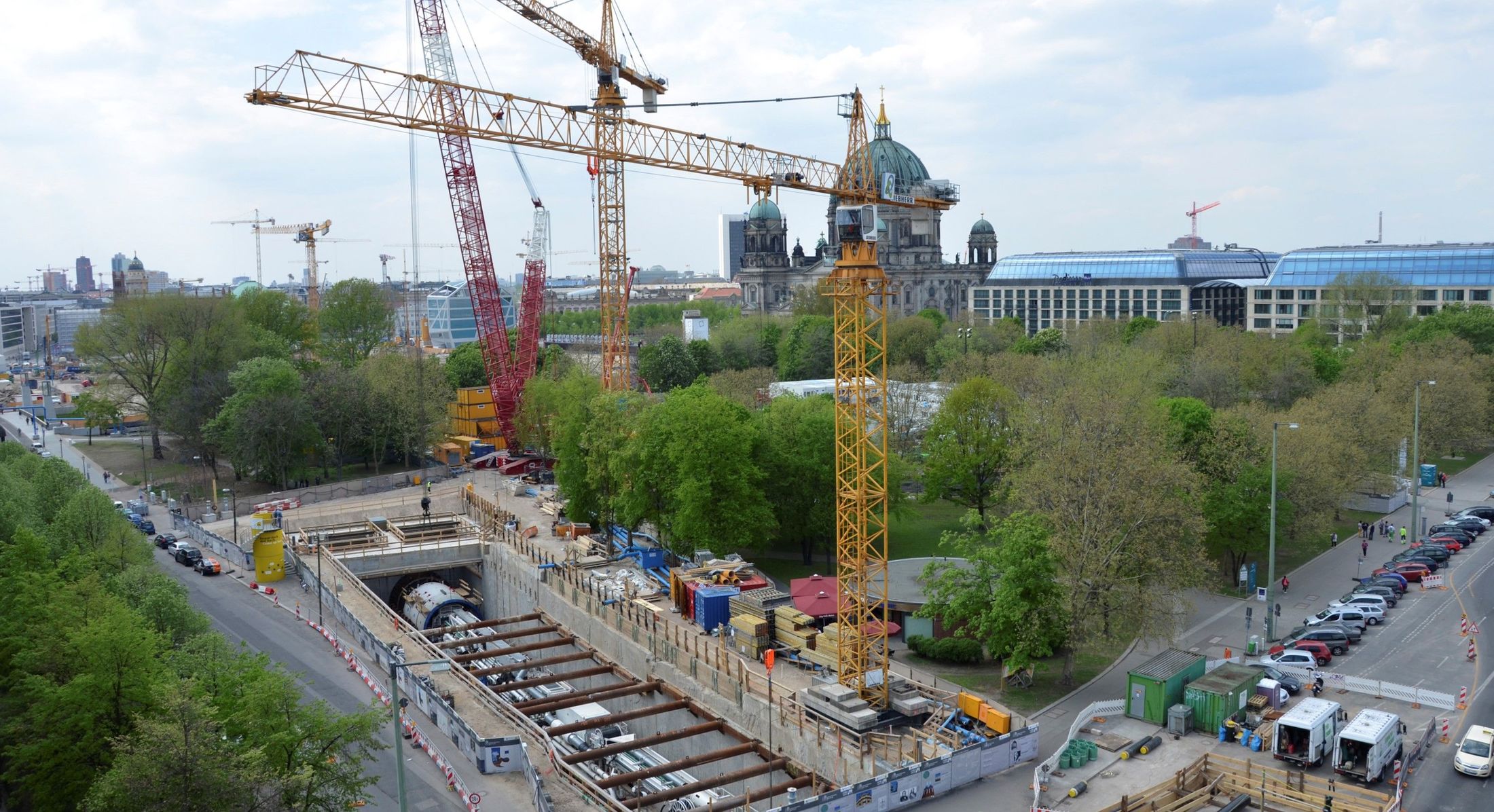 The new construction project "Lückenschluss U5" closes the gap on the U5 underground line between Alexanderplatz and Brandenburger Tor and includes the construction of 2.2 km of tunnel and three new stations, "Berliner Rathaus", "Museumsinsel" and "Unter den Linden". With the gap closed, the historic centre of Berlin can now be reached more quickly and conveniently. Schüssler-Plan was the lead company of the Neubau U5 engineering consortium in charge of site management, construction supervision and project control.

The excavation pit shoring at the "Unter den Linden" and "Rotes Rathaus" stations and at the entrance structures to the "Museumsinsel" station were secured using the diaphragm wall Milan construction method with low-lying sealing blanket and reinforcing cage. As the "Museum Island" station is located below the Spree Canal, the construction pit for the platform area was excavated by mining methods using the protection of ground-freezing techniques. The horizontal boreholes required to freeze the subsoil are so far the longest in Europe and are approx. 105 metres long.

The entire tunnel section was excavated from the eastern starting shaft (track changing facility) with two tunnel tubes using the hydro-shield tunnelling method (diameter 6.70 m) and connects to the "Brandenburger Tor" station in the west. The tunnel boring machine passed under the Spree and the Spree Canal, the north-south railway tunnel and parts of existing historic buildings. The soil removed during the construction of the tunnel tubes was transported by ship to the landfill from a harbour built temporarily for this purpose.

The project also involved extensive road reconstruction, new structures, parks and the restoration of green areas. In the discipline of landscape and environmental planning, technical ecological support was provided for groundwater monitoring.

Complex overall concept for the construction of the stations and tracks

Structural work for the stations, including the demolition of tunnel tubes, was carried out in the protected excavation pits. This was followed by the construction of the track and a ballast trough in the form of a heavy mass-spring system. The inner-city location of the construction sites required complex logistics to deliver and remove materials.

After the fitting-out of the stations, which was a complex architectural undertaking to comply with BVG (Berlin Public Transport Company) specifications, the public transport system was coordinated and handed over at the time of commissioning. 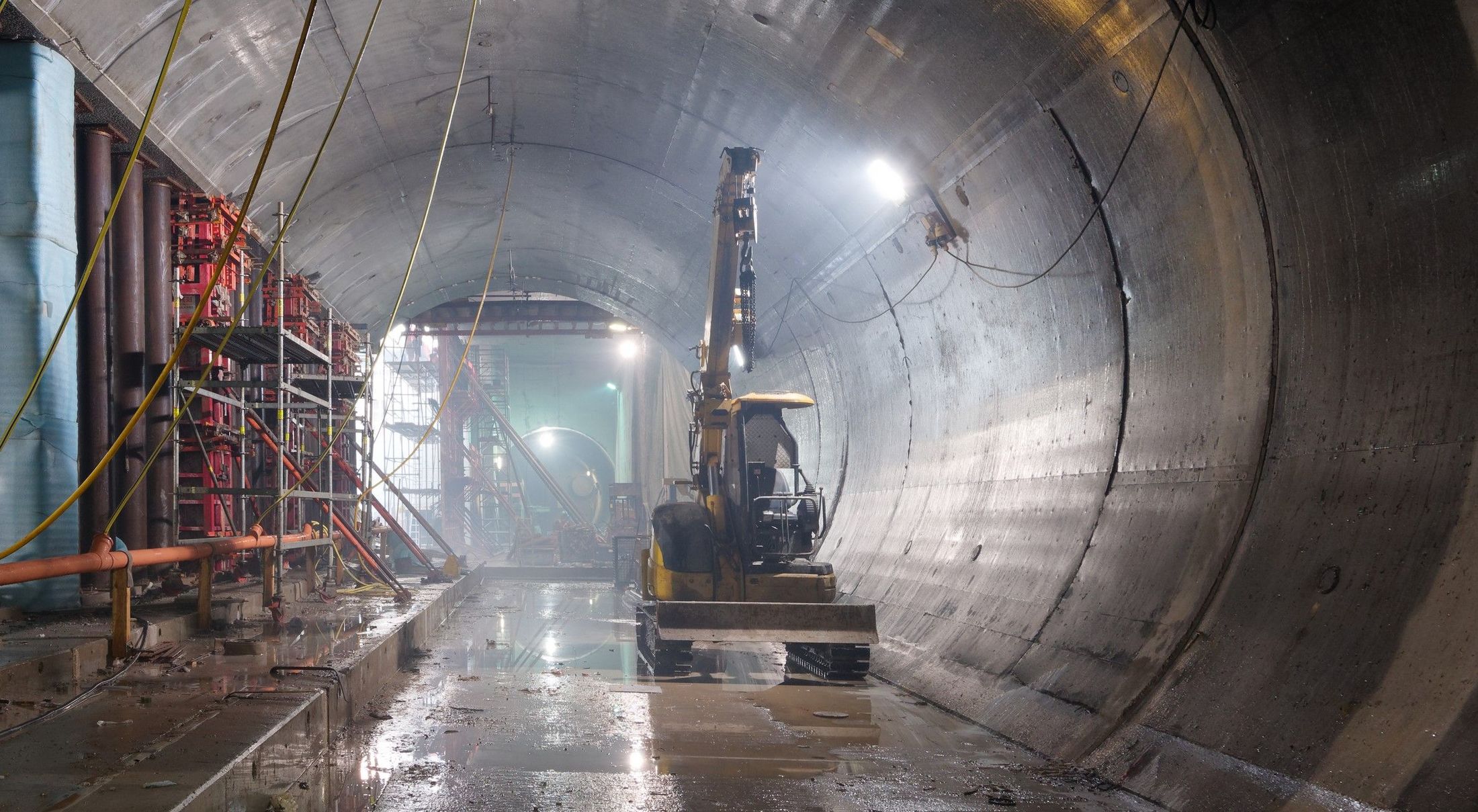