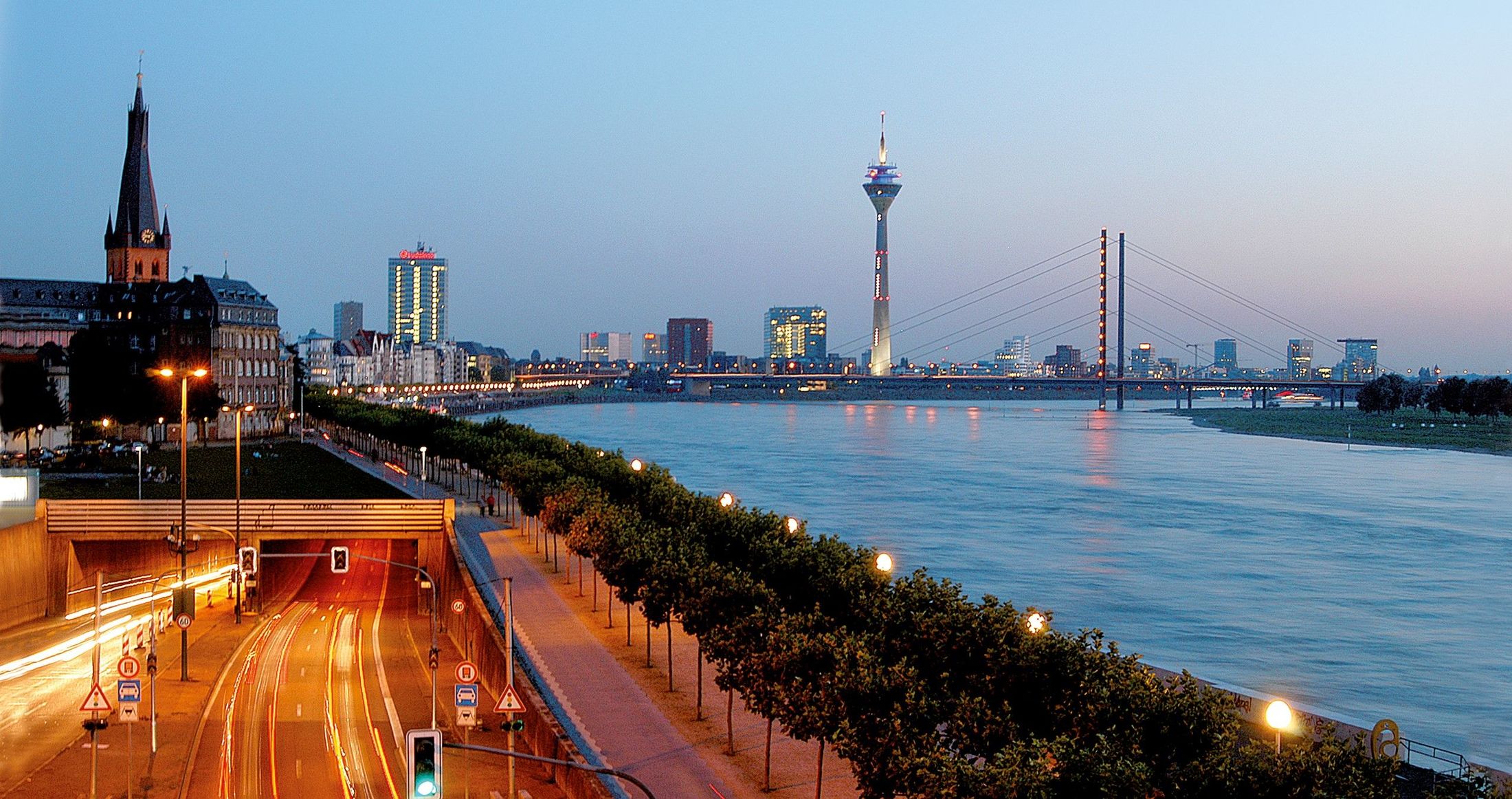 The Rheinufer tunnel has already been in operation for 25 years and is still one of the largest traffic calming projects in Germany. Its completion in 1993 reconnected Düsseldorf's old city to the Rhine. Previously, the old city was separated from the Rhine embankment by a traffic frequency of 55,000 vehicles a day. Once traffic was diverted underground, a new promenade was created on the tunnel roof for pedestrians, cyclists and skaters. Düsseldorf’s "project of the century" received many national and international awards.

The urban redevelopment and redesign along the Rhine embankment were carried out on an area of 27 ha and along a total length of 2,600 m. The centrepiece was the almost two kilometre long Rheinufer tunnel which has two lanes and one hard shoulder in each direction. The two tunnel tubes lie one above the other along a length of approximately one kilometre as a construction width of only 13 m was available at the narrowest point between the river embankment structures and the flood protection wall.

"Building of the century" (AIV Düsseldorf) 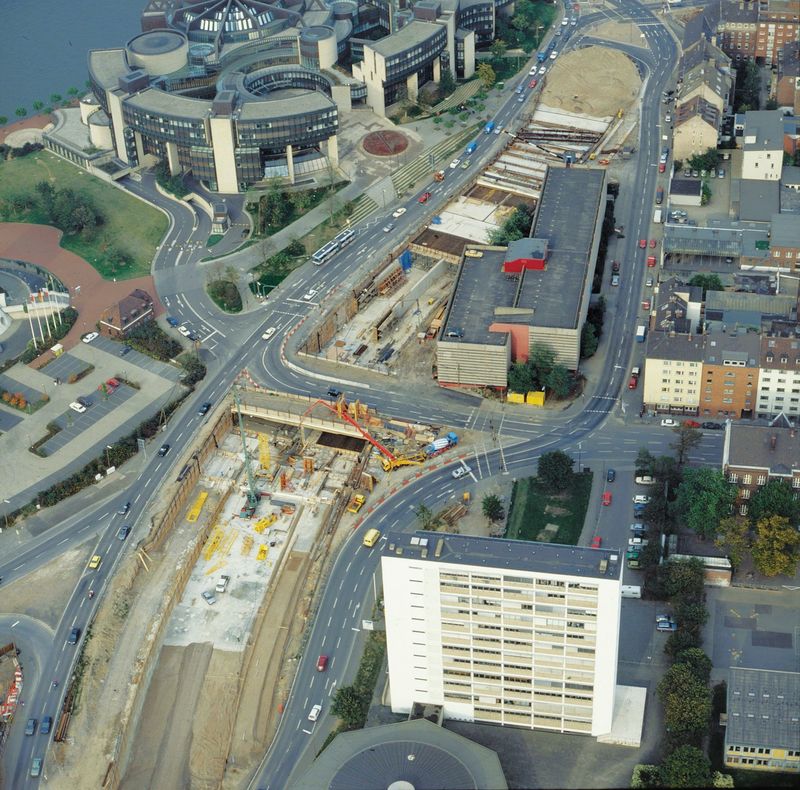