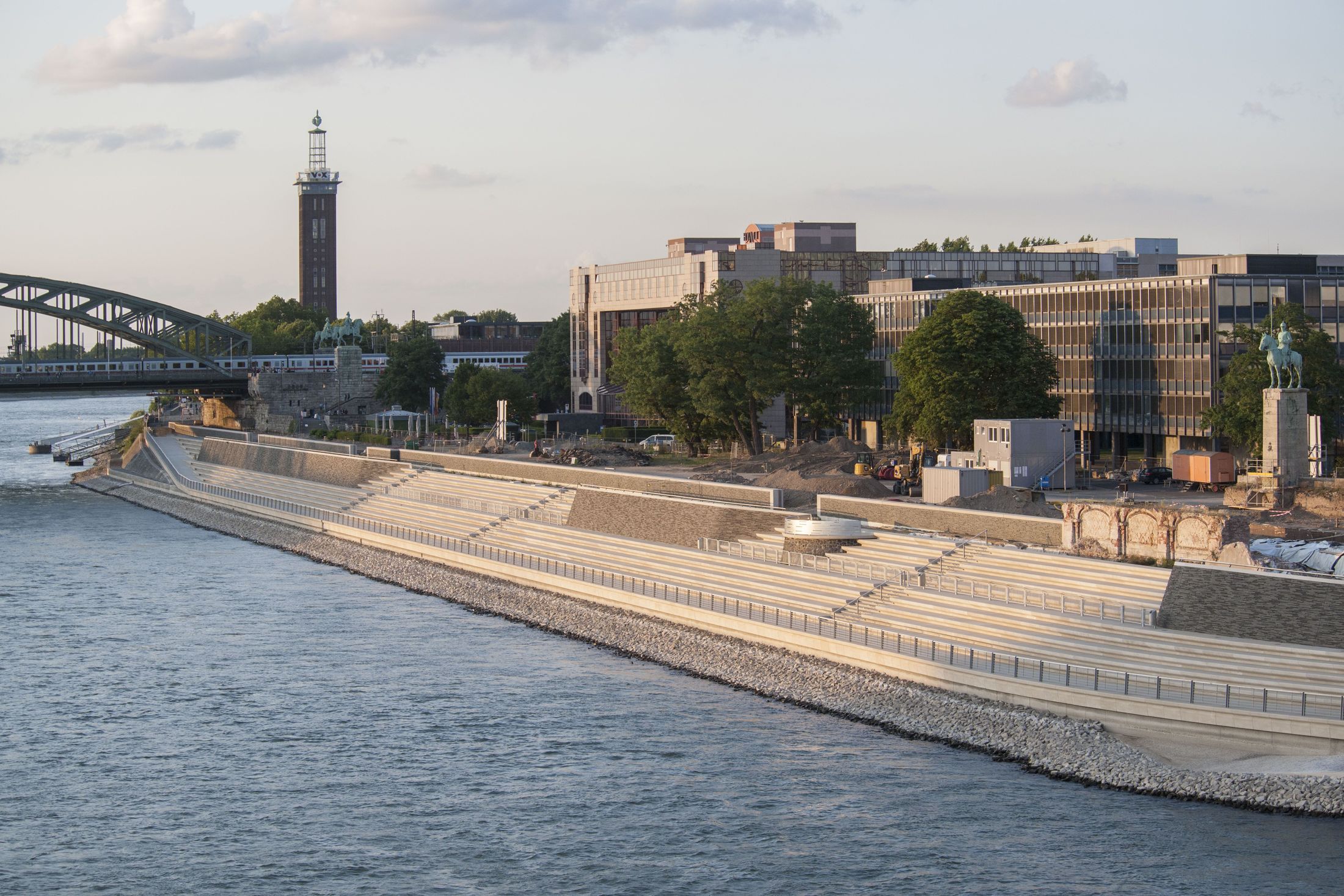 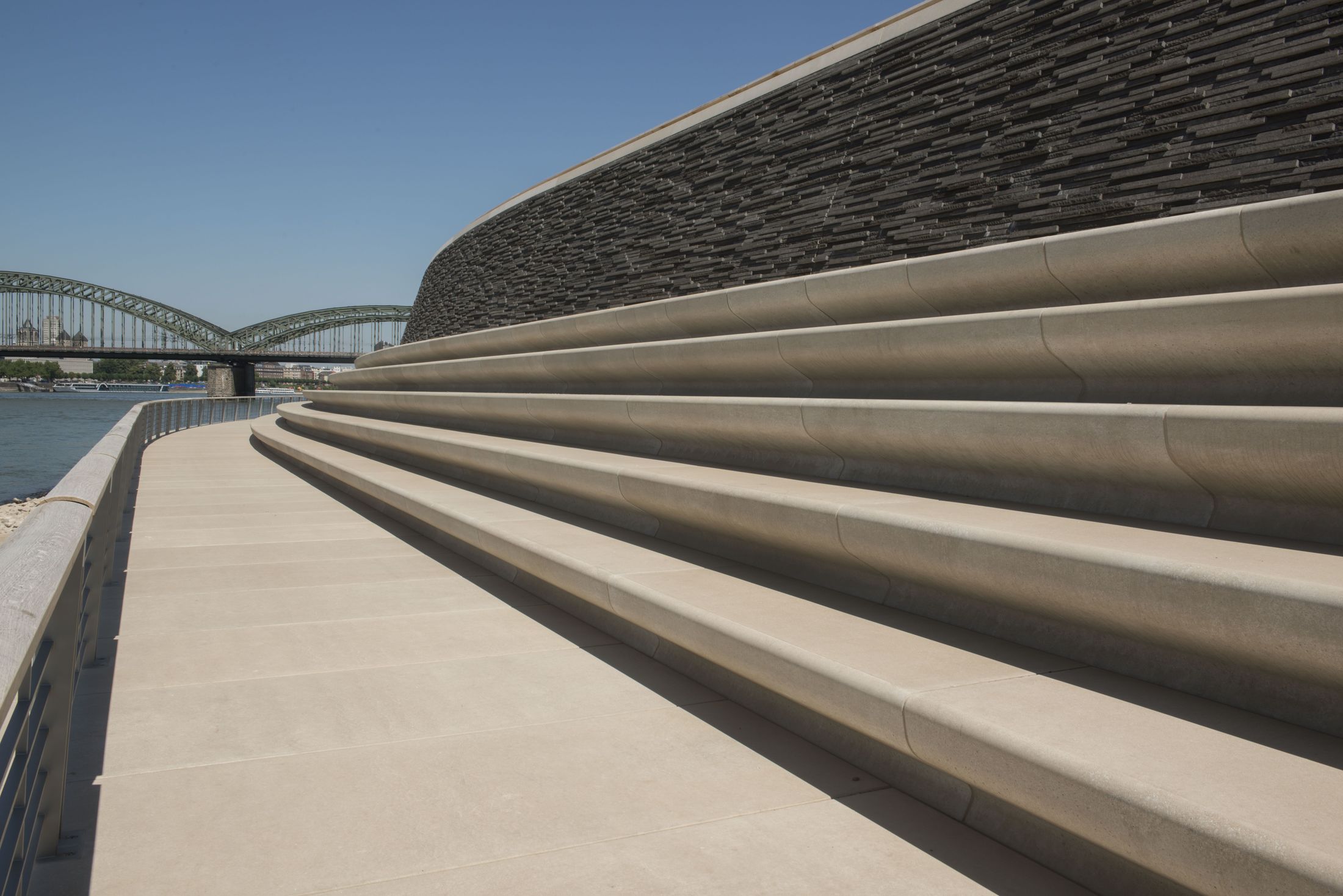 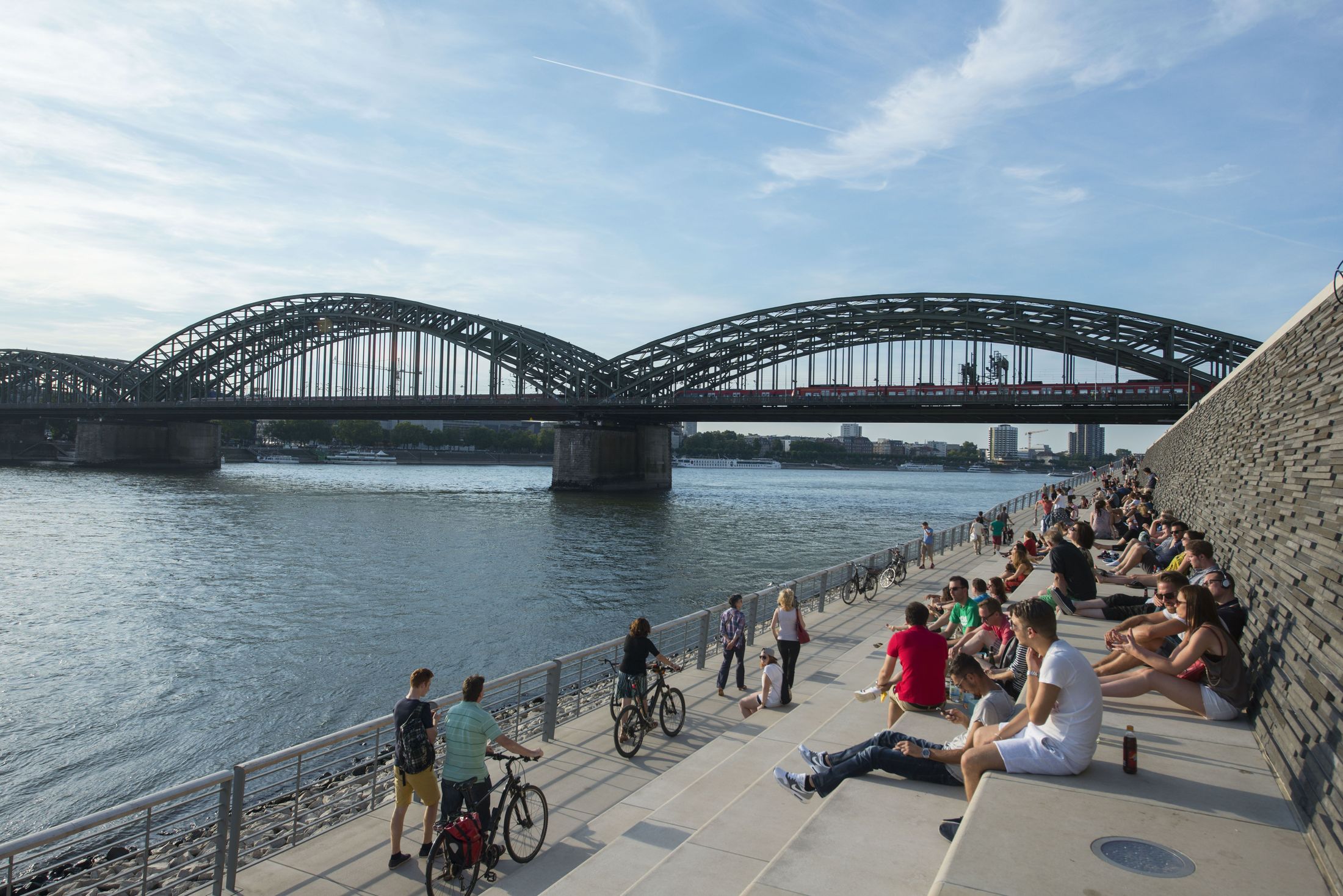 The Rheinboulevard in Cologne-Deutz was built as a spacious, 516 m long flight of steps between the Hohenzollern Bridge and the Deutz Bridge and was partially opened in July 2015 as part of the "Kölner Lichter” (Cologne fireworks display). The adjacent tree-lined promenade is also part of the new embankment design. The project was executed in the flooding area of the Rhine. Building design and construction methods were therefore adapted to these special general conditions.

The excavation pit was limited in the area of the Rhine by the erection of sheet pile walls. The soil was removed by dredgers to create the subgrade and to stabilise the riverbank. The substructure for the outdoor stairway was erected as a flat-founded slab construction made of prefabricated reinforced concrete elements. The load-bearing structure was formed by a 50 cm thick precast slab with a horizontal length of 12 m. The width of the precast elements is between 1.50 m and 2.50 m. The land-side retaining wall was made of in-situ concrete and suitable connection reinforcements were provided on the precast slabs. The rising retaining wall was subdivided by space joints according to ZTV-Ing (Additional technical terms of contract and guidelines for civil engineering works) at intervals of approx. 10 m and additionally contributes to the rigidity of the structure running parallel to the riverbank.