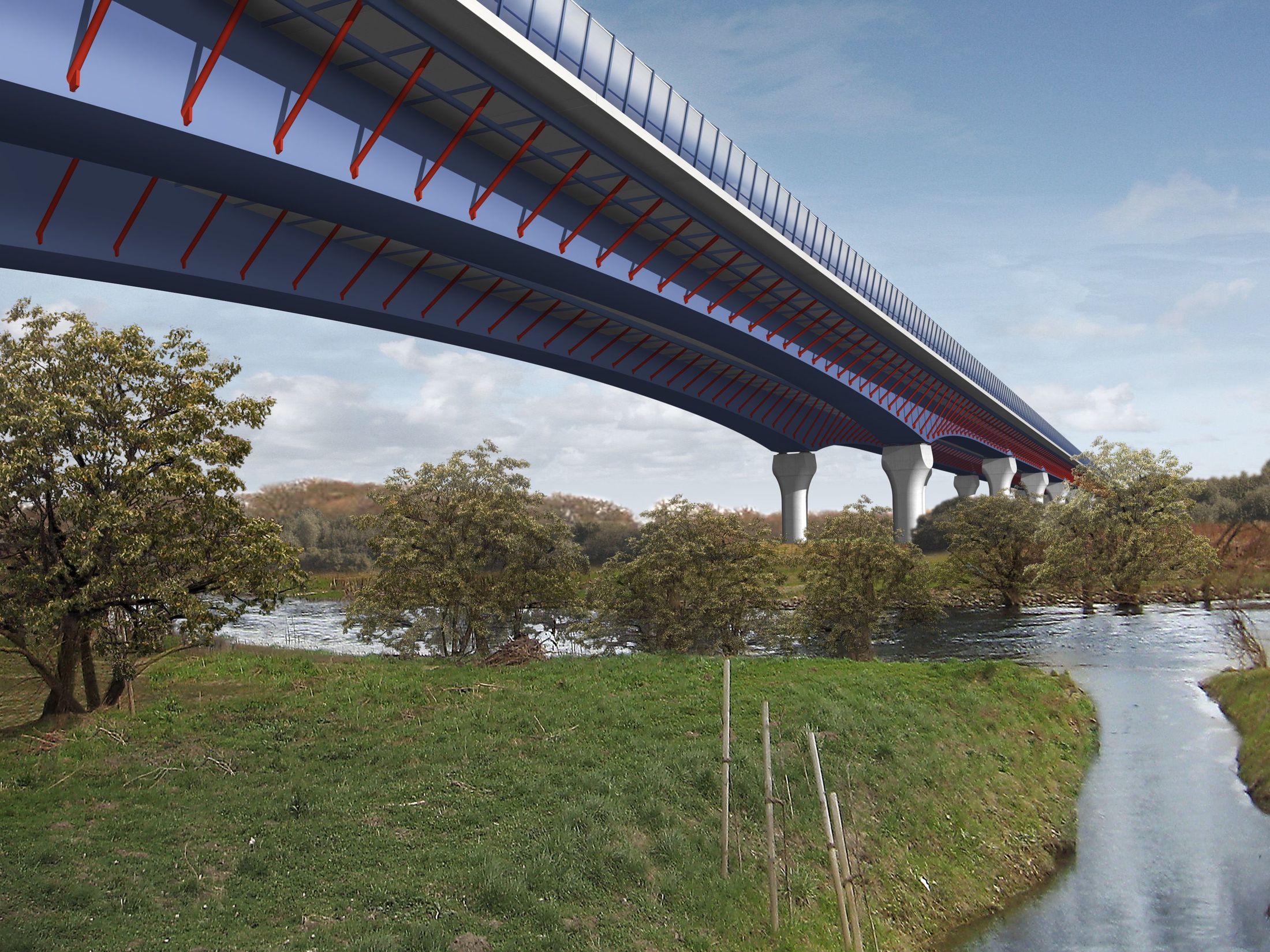 Replacement construction of A45 bridge near Hagen

The Lennetal bridge is part of the six-lane expansion of the A45 between Westhofen and Hagen currently in the planning stage and is to be replaced by a new bridge. The existing bridge will be dismantled as it was not possible to reinforce the old structure.

Construction will take place in five phases and will be carried out without interference to daily traffic flow despite the planned auxiliary site and auxiliary pillars. Work officially began on 11 September 2013. After only about two years of construction, it was possible to transfer traffic from the old bridge to the new superstructure.

The new bridge consists of two structures with a total span of 979.50 m over 14 spans, each supported by two piers. The superstructure consists of a closed hollow steel box girder with laterally arranged struts and a solid reinforced concrete carriageway deck. Noise barriers on both sides and a noise-reducing road surface ensure a significant reduction in noise impact for residents.

Like the old structure, the new bridge will leave its mark on the landscape and, with its transparent construction and fewer pillars than before, will have a more restrained appearance in the landscape. The construction of the bridge is carried out in close collaboration with the Biological Station of the City of Hagen as part of an environmental construction supervision project.

Lateral shift of the Lennetal bridge; A trend-setting method for bridge building in Germany

Twenty metres in a good six hours - the highlight of this construction project was reached on 5 March 2021 with the lateral shifting of the Lennetal Bridge weighing 30,000 tonnes and almost 1,000 metres in length. It was the first time that a bridge of this size was moved in Germany.

A45, north-east outskirts of Hagen 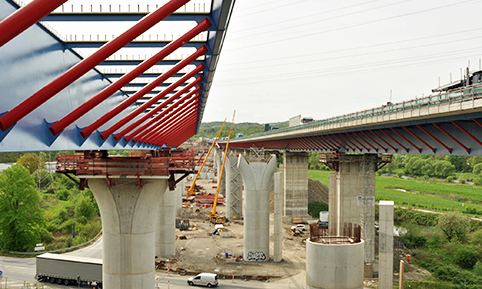