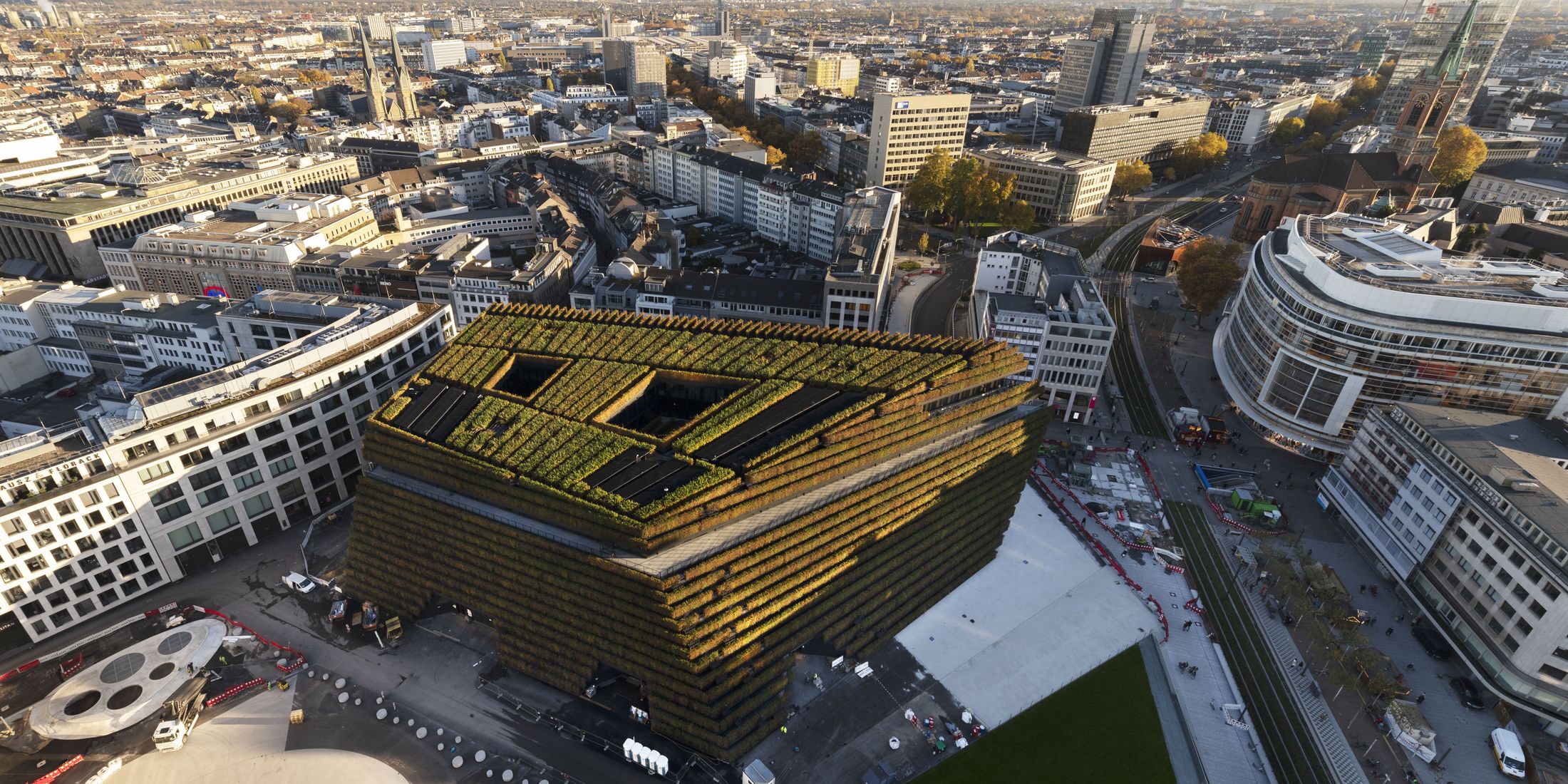 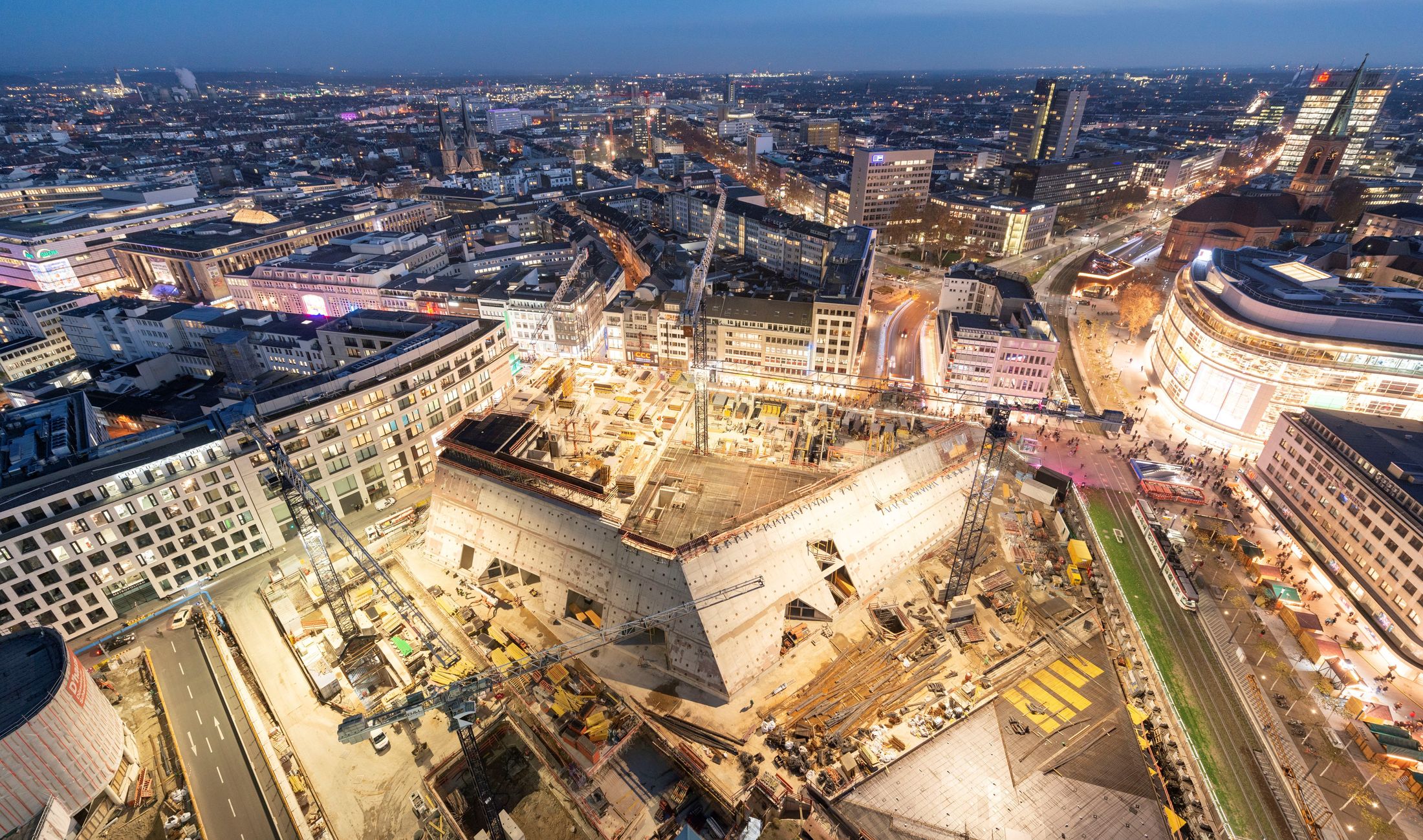 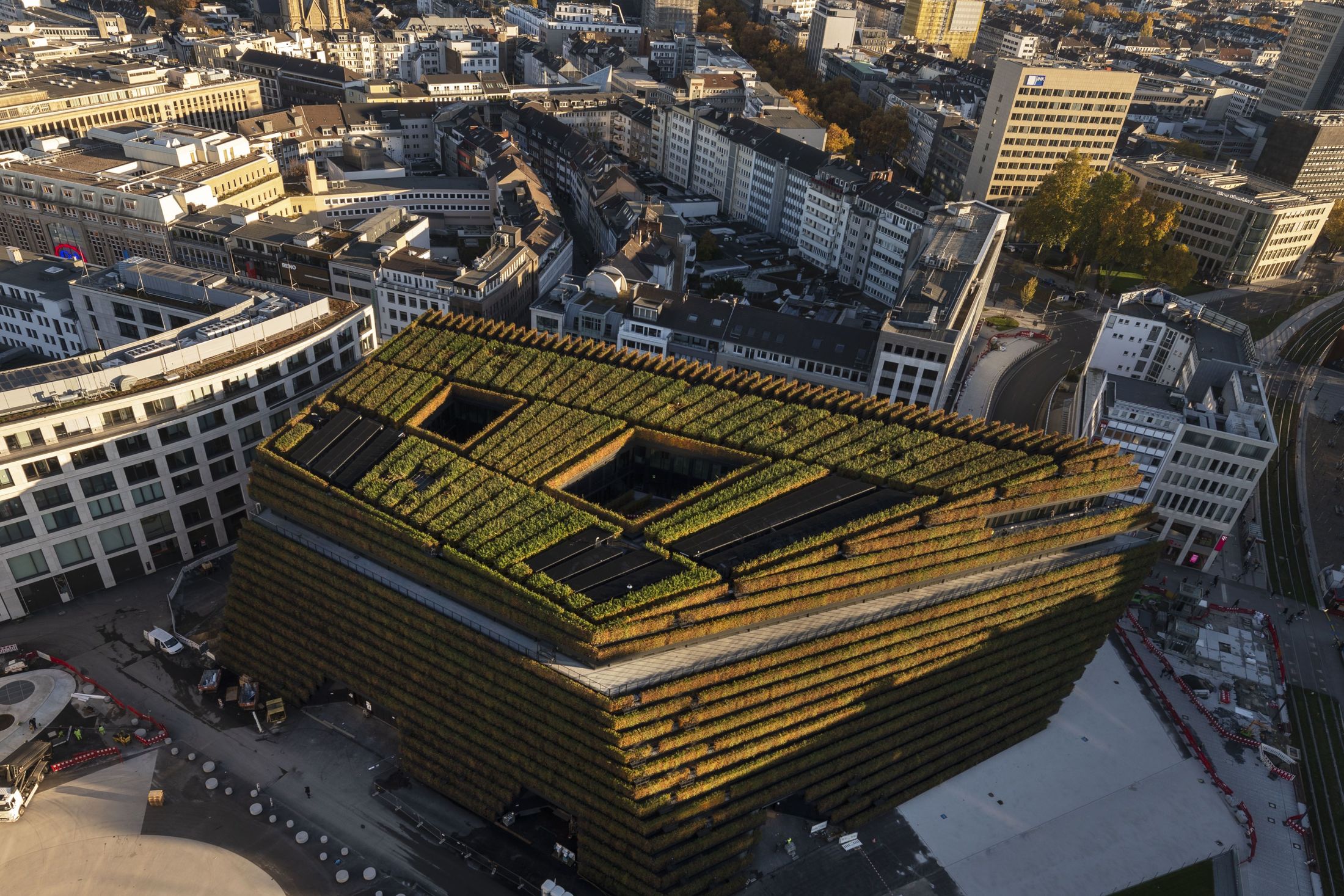 In a central location of the state capital Düsseldorf between the Dreischeibenhaus, the Schauspielhaus on the Gustaf-Gründgens-Platz, Schadowstrasse and the new Libeskind buildings, on of Düsseldorf’s most innovative buildings has been created. The triangular-shaped, six-storey commercial building with a stepped, green facade brings nature back into the city centre.

Almost eight kilometres of hornbeam hedges serve as a natural cold reservoir, providing clean and moist air to reduce the effects of urban heat islands. The design of the retail and service centre with approximately 66,000 m² GFA was penned by the Düsseldorf-based architectural firm ingenhoven architects. Schüssler-Plan provides both design and management services for this complex construction project which is in the focus of public attention.

Geotechnical engineering at its best

The conceptual and detailed design of the diaphragm wall excavation pit up to 17 m deep in places was based on particularly complex boundary conditions. The building site is located in the midst of old buildings and intensive neighbouring development in the state capital of Düsseldorf as it is surrounded by the Dreischeibenhaus with its adjoining underground car park, the Düsseldorf Schauspielhaus, the Wehrhahn line (underground railway), the Kö-Bogen tunnel and spindle structure with its connection to the Kö-Bogen II and the underground car park of the Dreischeibenhaus. So, before starting excavation work, extensive soil analyses and calculations of groundwater conditions were conducted with a special focus on the planned groundwater barrier. Experts supervised the design of the excavation pit, the special foundation of the building complex placed on primary supports set in diaphragm wall barbettes and the construction phase itself. Schüssler-​Plan is collaborating on this project with its subsidiary ICG Düsseldorf. Since they act as a competence centre for geotechnical engineering, the two companies ensure a seamless transition between the subgrade and the supporting structure.

In addition to structural design, Schüssler-Plan provides the complete range of services for site supervision according to HOAI (German Ordinance on Architects' and Engineers' Fees) including project-specific special services during the execution of construction work. This includes activities such as the supervision of all construction trades, the construction site, change and risk management as well as the coordination of the parties involved. Schüssler-Plan has also been commissioned with construction and logistics management. Inner-city and underground logistics in particular play a key role here. The construction schedules are checked and optimised every working day. 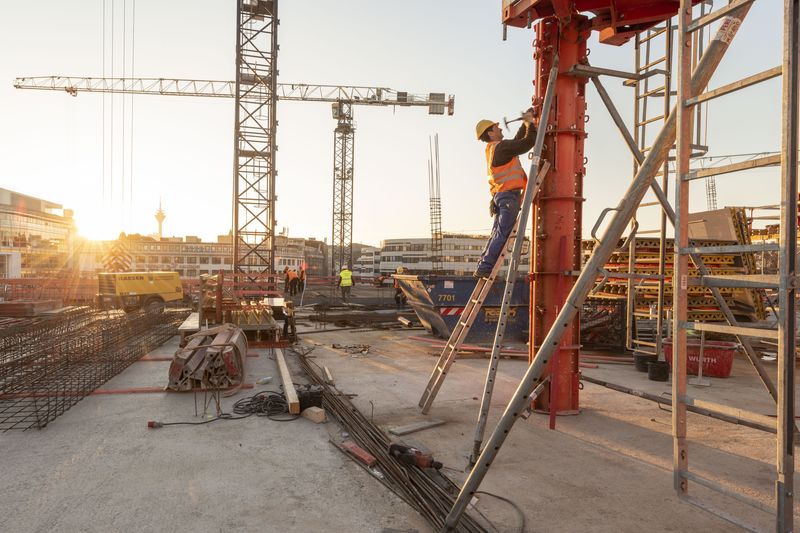