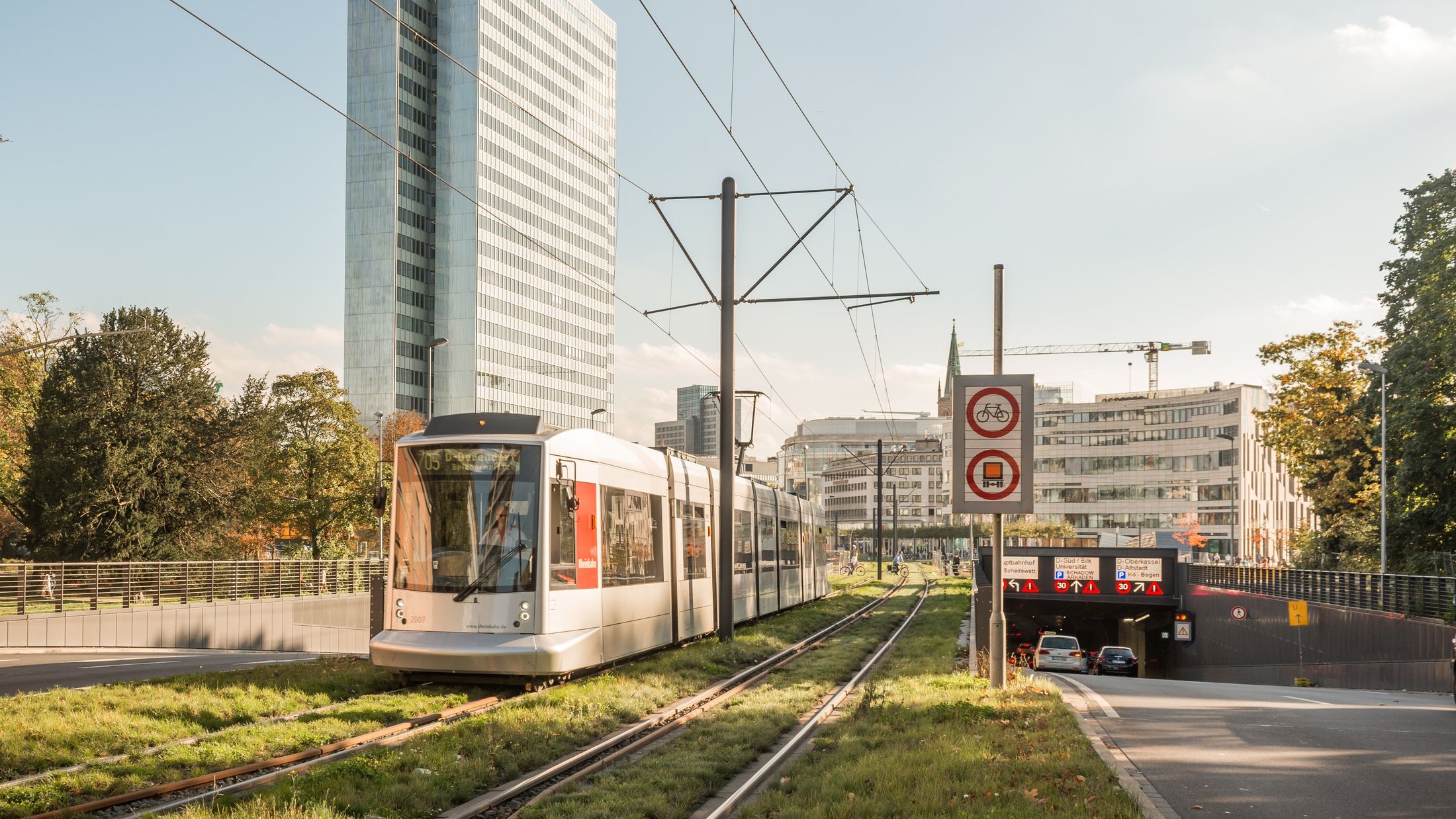 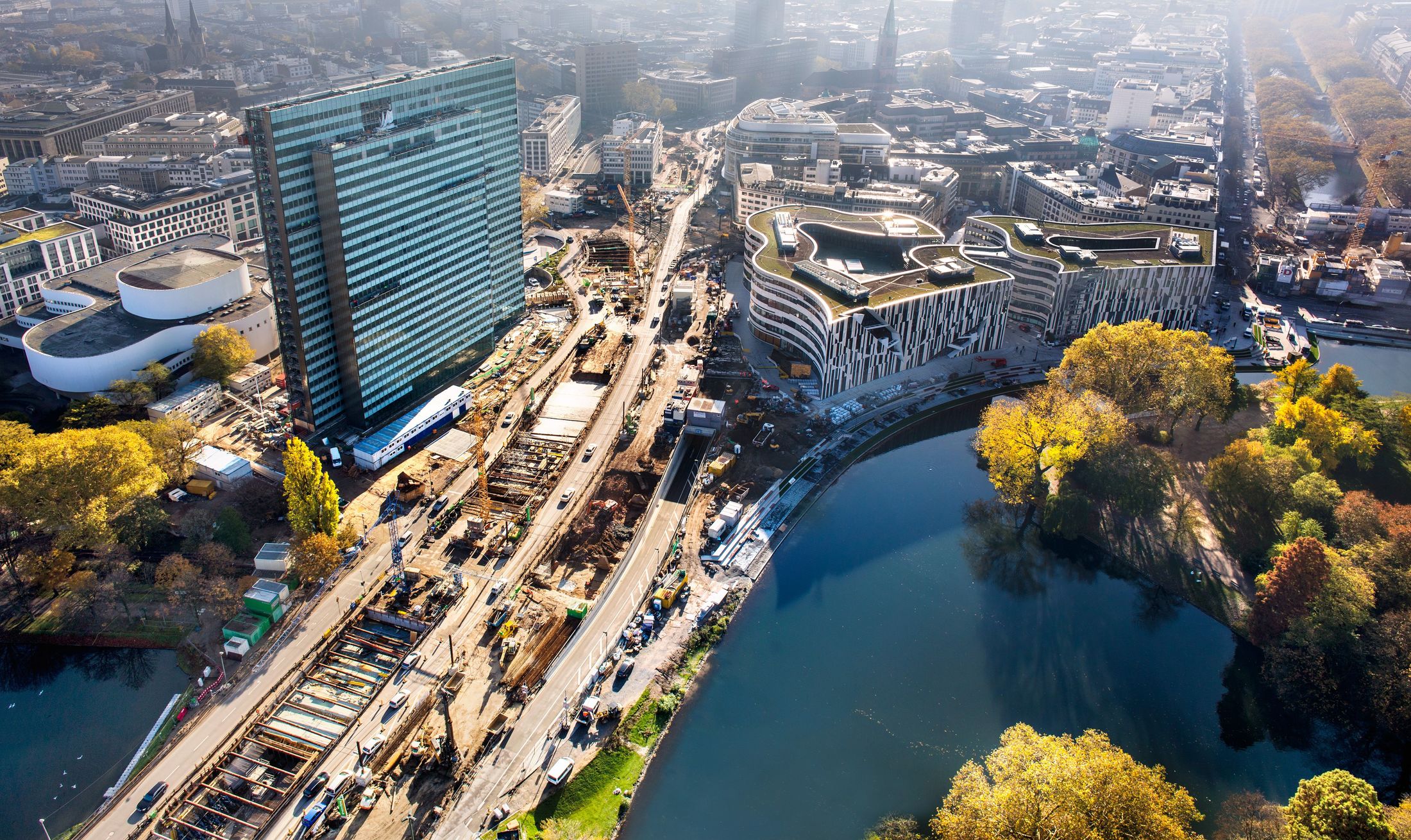 Reorganisation of the Inner-City Traffic Facilities

Kö-Bogen, Düsseldorf's major urban development project which was made possible by the construction of the Wehrhahn line, not only includes the urban connection of Königsallee to Hofgarten but also the reorganisation of above-ground and underground traffic areas. Tram systems, traffic routes, tunnels and squares in the centre of the state capital were rebuilt and redesigned by 2016. The reorganisation of the traffic areas and the tram route involved redesigning the inner-city areas covering Hofgartenstrasse/ Elberfelder Strasse/ Königsallee, Hofgarten/ Jan-Wellem-Platz/ Schadowstrasse and various other side streets. The new light rail route runs partly through the Hofgarten.

The lowering of the streets and the removal of dividing streets will significantly improve both the amenity value in the city centre and potential uses for public transport, pedestrians and cyclists. Private traffic and public transport are systematically separated, which significantly increases the functionality of both traffic modes. In addition, the main shopping areas are linked and pedestrian connections optimised. The Kö-Bogen Tunnel was implemented within the specified time schedule and cost limits.

The project was divided into two construction phases. In the first phase, the Hofgartenstrasse/Elberfelder Strasse were lowered by executing the north-west and south-north tunnel sections in order to create a pedestrian connection between Königsallee and the Hofgarten. In the process, the tram line was relocated between Jan-Wellem-Platz and Heinrich-Heine-Allee. In the second construction phase involving the construction of the north-south tunnel, another road tunnel was implemented along the axis of the former Jan-Wellem overpass. In addition, design work included the connection of the Kö-Bogen high-rise buildings to the tunnel structure, the underground connection to the existing underground garages of the Schauspielhaus and the Dreischeibenhaus as well as the existing sewers and pipes, and the integration of the crossing underground rail tunnels of the Wehrhahn line. 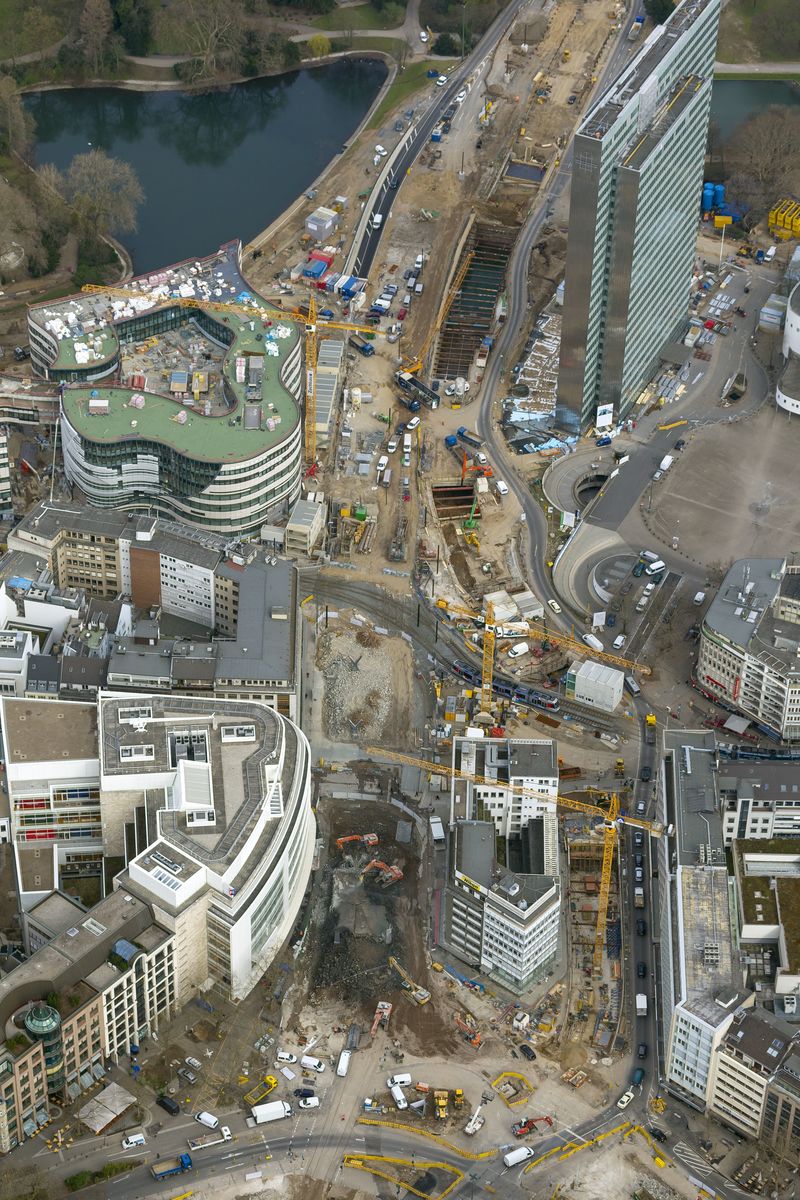