New Solutions to Relieve the Burden on Local Public Transport 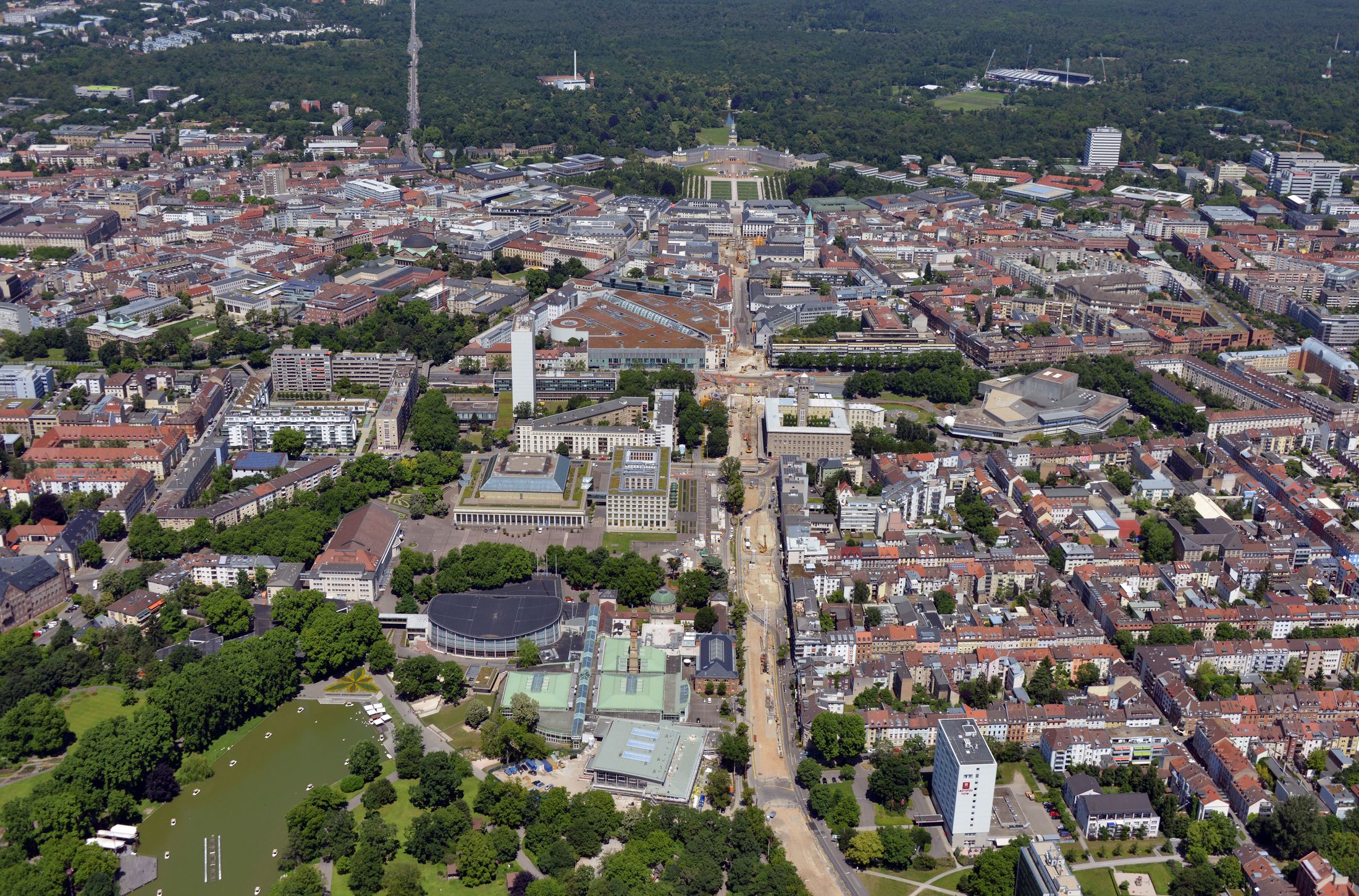 The heavily frequented public transport network in Karlsruhe required new solutions to make the congested city centre more attractive and not lose its character as a pedestrian zone and shopping centre. Against this background, the city of Karlsruhe decided in 2002 in favour of the so-called combined solution after a long discussion and based on a local referendum. It includes the construction of a light rail tunnel that runs from west to east under Kaiserstrasse with a southward branch towards Ettlinger Strasse at the Marktplatz station. This moves part of the public rail traffic in the city centre under the street. The Kaiserstrasse, Karlsruhe's main shopping street, and the Marktplatz will become a pedestrian zone with no rails or trams.

The tunnel is 3.9 kilometres long and includes seven underground stations. This will be implemented using the Milan construction method with an elevated back-anchored HPI base. Four stations are located under Kaiserstrasse (Europaplatz, Lammstrasse, Kronenplatz, Durlacher Tor) and three on the southern branch (Marktplatz, Ettlinger Tor, Kongresszentrum). The double-track route follows the axis of Kaiserstrasse in order to avoid passing under buildings. From Marktplatz (market square), it runs south under Karl-Friedrich-Strasse and Ettlinger Strasse. The centrepiece of the southern branch is the combined structure inside of the Ettlinger Tor station, forming the underground junction with the Kriegsstrasse tunnel. The two axes are connected by a track triangle which is located under the Marktplatz and connects the Marktplatz and Lammstrasse stations. The underground tracks are connected to the existing above-ground network by three ramps.

In addition to the actual construction work, control of the overall project includes control of the numerous transport modes, involving the coordination of track reconstruction along the existing section, private traffic, pedestrian and rail traffic together with the aspects of tunnel construction as well as sewer and pipeline construction. Since the entire construction project is located on streets with the highest frequency rates in the city of Karlsruhe, the various needs of residents and retailers must also be taken into account.