Building of the Future

Rooms for the Future

The Futurium, formerly House of the Future (HDZ), presents technical innovations as a mixture of museum and laboratory. The building is prominently situated on the banks of the River Spree in Berlin between the Reichstag, the main railway station and the Federal Chancellery (Bundeskanzleramt) directly next to the new Federal Ministry of Education and Research.

Schüssler-​Plan was commissioned with the structural design. An especially complex task was the design of the enormous cantilevers, the free-hanging staircases and the sophisticated technical building systems taken from the design produced by Richter Musikowski Architekten (architects). The Futurium was designed as a very low energy house and complies with the Gold standard of the Assessment System for Sustainable Building (BNB).

The distinctive building sculpture with its wide cantilevered wings allows access from two sides and creates two new public squares facing the Spree and the Humboldthafen by reducing the building lines. The overhanging exhibition areas for the new Science Center have transparent floor-to-ceiling façades above the entrance areas as well as a walkable roof, providing magnificent panoramic views of the city and the Spree.

From the point of view of structural design, the main challenge was the overhanging exhibition areas with their high payload requirements caused by the high loads from the ceiling supports and façades, particularly at the outer ends. Above the two entrance areas on the ground floor, the cantilevered ceilings were suspended by tie rods attached to beams hidden in the roof. The two steel box girders with a span of 32 m transfer the loads to the cantilevered solid wall plates and to the foundation.

When BAM Deutschland AG took over the public-private partner (PPP) project and the review of the conceptual design, it became clear that the success of the project could only be guaranteed by using BIM. Collaboration with the executing architects (BAM Deutschland AG, Stuttgart) was based on the concept of big closed BIM, i. e. continuous use of the digital building model across several areas (architecture, supporting structure and technical building equipment). The Autodesk Revit software was jointly used by all participants.

When the conceptual design was optimised in 2014, the project was set up as a BIM pilot project based on the 3D design of the architecture, the structural design and the technical building equipment. The interfaces were coordinated to ensure regular data synchronisation of the individual disciplines to permit collision checks, chase and opening planning, etc. After the building was handed over in 2017, the data from the various disciplines was collated and made available for later utilisation phases. 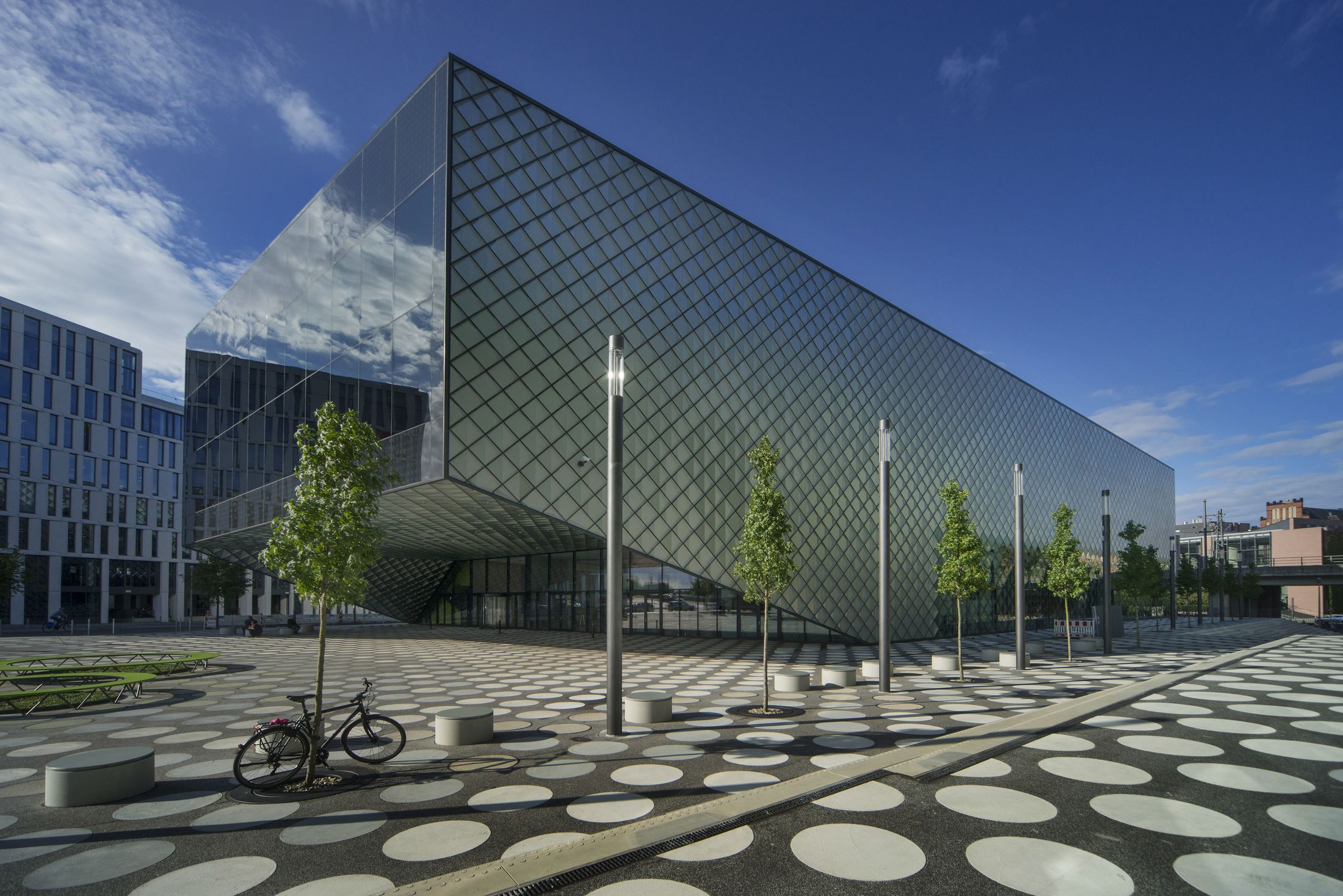