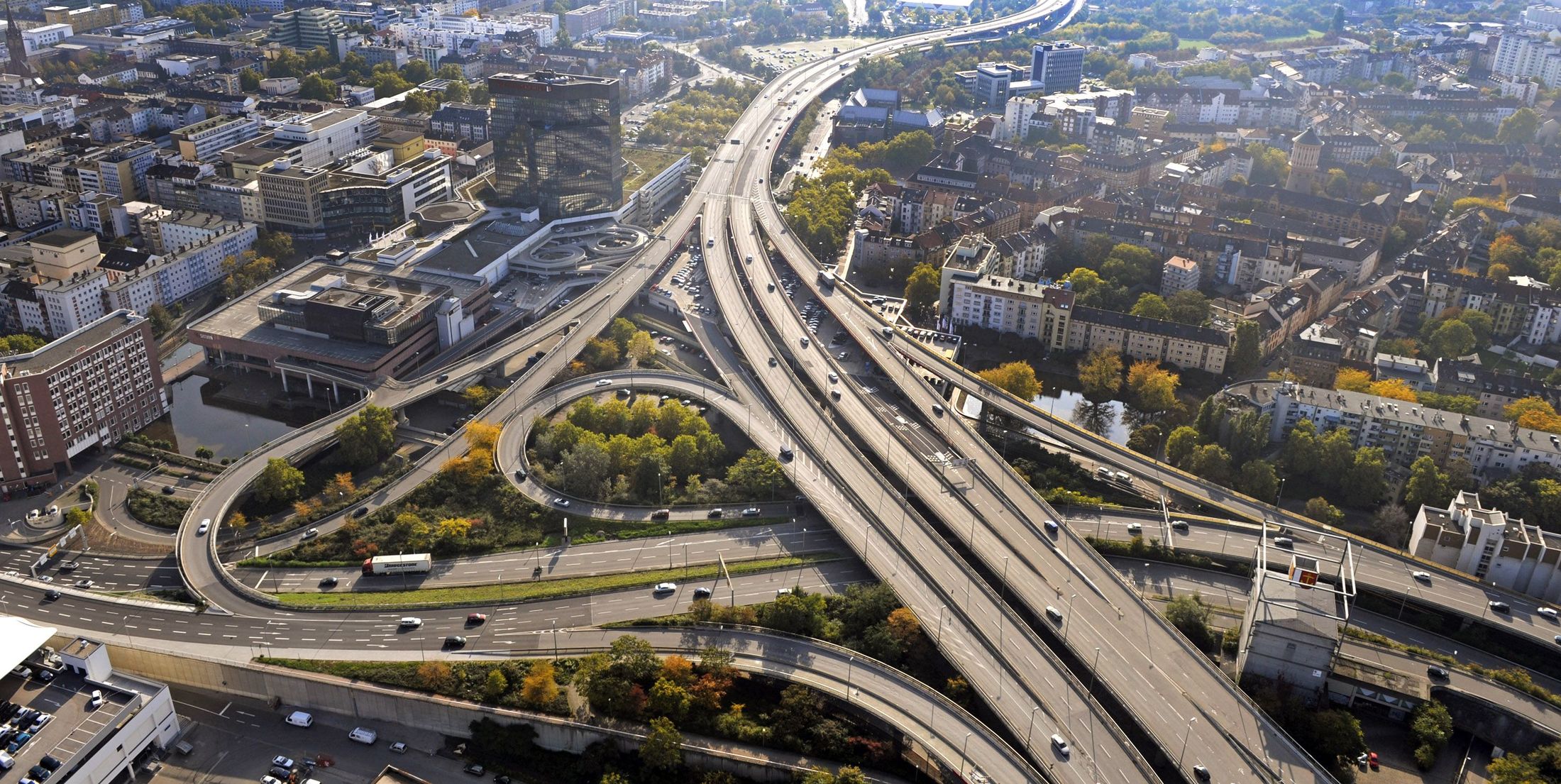 Renewal of the B44 North Overpass, Ludwigshafen

The north overpass is an arterial road representing a landmark on the skyline of Ludwigshafen am Rhein. It is a vital economic infrastructural road for the city that is so badly damaged that it no longer makes economic sense to rehabilitate the existing bridge structures. Under the motto "City West - Space for new urban ideas", the city administration is therefore looking for an urban, environmentally compatible and economically feasible solution for the new road by involving numerous experts. The solution is intended to meet the traffic volume of the road which is primarily used as a supraregional traffic link.

Since the summer of 2012, a total of 21 main variants with 54 sub-variants have been examined from different perspectives and many have been rejected. Four variants remained at the end of the preliminary design phase. They were re-examined in particular from the aspects of traffic volume capacity, costs and environment and development opportunities for the city (e.g. by creating space for new flats and offices). They were finally presented to the public on 20 January 2014. The Ludwigshafen City Council finally opted for the preferred option "Stadtstrasse lang" (long city road) as a longer, ground level road between Lorientallee and Rheinuferstrasse.

Further Development of the Draft Design with Public Involvement

With the decision to opt for the preferred variant "long city road", the responsible designers and engineers were also given a comprehensive 10-point catalogue with requests to further develop the existing draft design. Many of these improvement requests were based on suggestions and comments by citizens and were integrated during the first phase of public participation in spring 2014. Most of the citizens' contributions related to the topics of traffic, construction times, costs and development opportunities.

In February 2015, the updated plans for the "further developed city road" were presented to the city’s residents. This presentation was again accompanied by a broad-based information and participation process. Similar to the first phase of public participation, the focus here was also on combining online and on-site offers.

Based on this very extensive public participation process, the city of Ludwigshafen decided to apply to the BSVI (German Association of Road Construction and Traffic Engineers) for the "German Road and Transport Engineering Award 2015" in the category "Transport in Dialogue" and emerged as the winner of the nationwide competition in Stralsund in 2015.