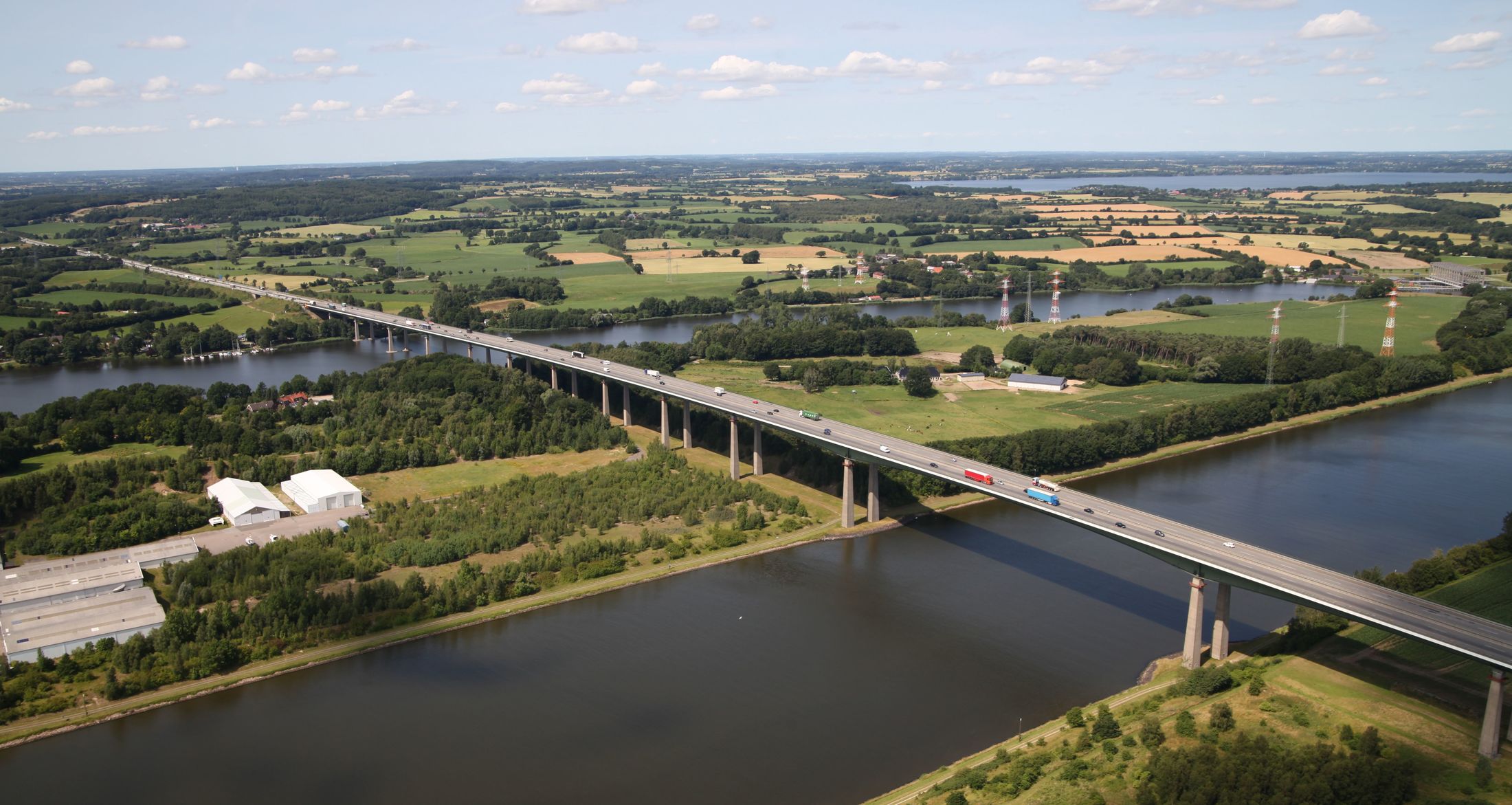 A7 Replacement of Rader Overpass

Across the Kiel Canal 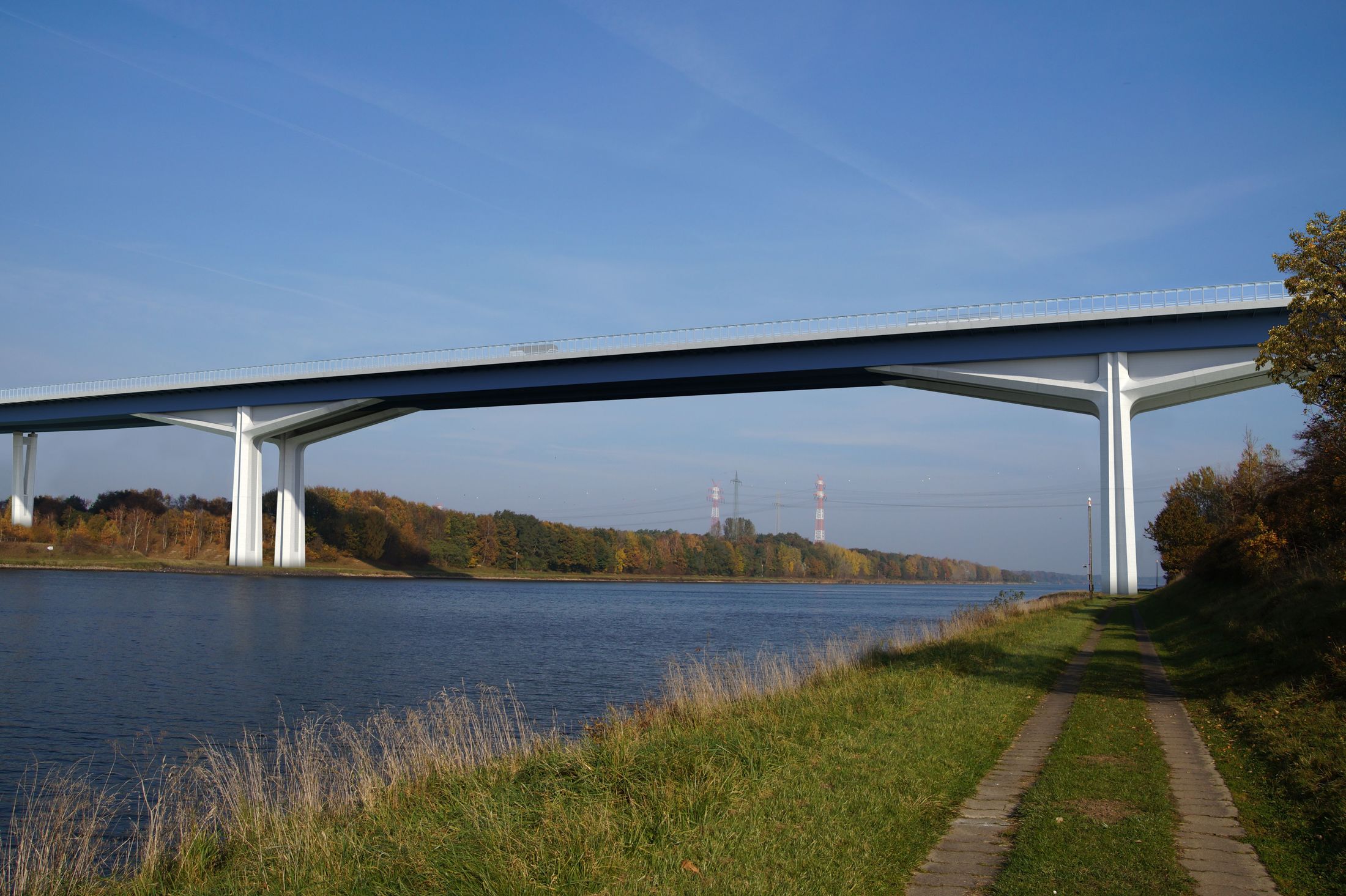 The existing Rader overpass on the A7 autobahn over the Kiel Canal has a total length of approx. 1,500 m and is a 15-span steel girder bridge with orthotropic deck. Due to major load-bearing deficits and a remaining useful life of approx. 12 years, the structure is to be replaced by a new structure. A new replacement structure (demolition of the existing structure and new construction) is planned with the necessary adjustments to the traffic facilities.

During the preliminary design, only cross-sections with two separate superstructures were considered. This resulted in the following construction phases:

For the support positions in the longitudinal direction, statically economical spans were optimised with the least possible interaction with the existing foundations. In the area of the canal piers, however, it was unavoidable to overlap the bored piles of the new foundation with the existing caissons. The following cross-sections were chosen after completing variant studies:

In reaching a final decision, other key design parameters were considered in addition to the usual criteria of overall economic viability, durability and sustainability. The following options and consequences arise for the maintenance and inspection inside the hollow box girders:

After a detailed analysis, the Scandinavian solution appears particularly interesting. The basis is that no corrosion takes place at a maximum relative humidity of ~40 %. In Germany, there are currently only six known bridge projects in which corrosion protection was carried out in one form or another using dehumidified air. After a review of operating costs for air dehumidification for the Werratal Bridge and corresponding conclusions were reached for the cross-sections of the Rader overpass, there were clear economic advantages for considering its service life. Consequently, the capitalised costs for renewing the internal corrosion protection according to Ri-Wi-Brü (Guideline for the performance of economic feasibility studies within the scope of repair/renewal measures for road bridges) are clearly higher than the capitalised operating costs for dehumidification.